Today, the sales of Volvo cars equipped with systems for automatic braking passed the 1 million mark -- another milestone that confirms Volvo Car Group's world-leading position within automotive safety. More than 130,000 were sold in the United States.

"Several recent reports state that our groundbreaking auto braking technologies help reduce the risk of being involved in a rear-end accident by more than 20 percent. One million Volvos with auto brake on the roads take us toward our aim that nobody should be killed or suffer serious injuries in a new Volvo car by the year 2020," says Thomas Broberg, Senior Safety Advisor at Volvo Car Group.

The efficiency of Volvo Cars' approach has recently been highlighted:

Focus on more support for the driver

"With smart interaction and new advanced solutions we will continue to contribute to further helping avoid collisions from occurring. Moreover, in our most recent car models we have reduced moderate to severe injuries by two-thirds compared with the rate for the older car models. And we are working continuously on new solutions that will bring the figure down even further," says Thomas Broberg.

Looking toward the future

Volvo's 2014 model lineup will feature the world's first Pedestrian and Cyclist Detection with full auto brake. Recently this summer Volvo also announced a number of user-friendly technologies that will be featured in the all-new XC90, arriving in late 2014, bolstering its innovation leadership in auto safety. These include:

"When the first XC90 was introduced in 2002, it featured a number of groundbreaking safety features, including a world-first solution that helps prevent rollovers. By revealing a number of systems for the next generation XC90 we once again confirm our leadership in automotive safety," says Thomas Broberg.

Keywords:
Safety, Technology
Descriptions and facts in this press material relate to Volvo Cars' international car range. Described features might be optional. Vehicle specifications may vary from one country to another and may be altered without prior notification.
Related Images
Jul 05, 2010 ID: 33378 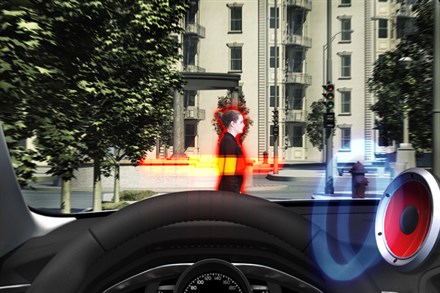