ROCKLEIGH, N.J. (Jan. 21, 2011) - It happens in an instant. The light turns green and you ease your Volvo XC60 into the intersection. The impact is bone jarring, monstrous. The screech of tires, the explosion of the side air curtain, the hollow thud of steel on steel, and the sideways movement that feels so unnatural.

Shattered glass lies in tiny fragments everywhere; the hood of the other vehicle is pressed firmly into the driver's side door. Gas from the side air curtain gently flows out of the passenger compartment. Your ears are ringing.

Quickly checking the rearview mirror, you see him securely held in place within his car seat, cooing and looking around. In the front passenger seat is your teenage daughter. Her eyes are as large as her baby brother's. Both children are unhurt and so are you.

It's been said that Volvo vehicles are designed for the worst day of your life. The National Highway Traffic Safety Administration (NHTSA) and the Insurance Institute for Highway Safety (IIHS) recently agreed and awarded the new 2011 Volvo XC60 their top accolades for driver and passenger protection after a series of frontal and side crash tests.

Volvo XC60 gets 5 stars from NHTSA

The 2011 Volvo XC60 luxury crossover has been awarded NHTSA's highest rating - 5 stars - for frontal and side impact collisions. The XC60 also received an overall rating of 5 stars, the only SUV in its segment to earn the agency's top honors in each seating position.

"It's one thing to build your brand on safety. It's another to be recognized by a non-biased agency such as NHTSA," said Doug Speck, president and CEO of Volvo Cars of North America (VCNA). "To be the only SUV in the segment to earn a 5-star rating for frontal, side and overall crash worthiness offers tremendous peace-of-mind for XC60 buyers."

Initiated in 1978, NHTSA's star rating system, also known as NCAP (New Car Assessment Program) for occupant protection was developed to provide consumers with information about crash protection beyond what is mandated by federal regulations.

The frontal crash test represents a head-on collision with another vehicle at 35 mph. The side impact tests are comprised of two different types of collisions: The first represents an intersection-type collision and uses a 3,015-pound barrier. The second involves a pole and represents a side impact with a tree or utility pole.  NHTSA then analyzes the collected data and assigns a star rating based on the severity of injuries received by the belted test dummies. The Volvo XC60 is the only unconditionally NHTSA-tested SUV in its segment to be rated 5 stars in front, side and overall crash worthiness. Additional information about NHTSA's star rating system can be found at: http://www.safecar.gov/.

The 2011 Volvo XC60 is the most recent Volvo vehicle to be acknowledged by the Insurance Institute for Highway Safety (IIHS) as a Top Safety Pick. It joins the S80 luxury sedan, the sporty C30 hatchback and the legendary XC90 luxury SUV on the IIHS Top Safety Pick list for 2011.

"This is a grand slam for the XC60," noted Speck. "Receiving just one commendation from IIHS is great. To now have four of our vehicles on their Top Safety Pick list is a great way to ring in 2011."

The IIHS rates vehicles as Good, Acceptable, Marginal or Poor and includes rear crash protections ratings along with frontal, side and roof-strength tests. The XC60, along with the other three Volvo vehicles, received "Good" ratings in all four tests, thereby granting them a spot on the coveted 2011 Top Safety Pick list. More information about the IIHS can be found at: http://www.iihs.org/.

Keywords:
Volvo XC60, Awards, 2011
Descriptions and facts in this press material relate to Volvo Cars' international car range. Described features might be optional. Vehicle specifications may vary from one country to another and may be altered without prior notification.
Related Images
Jan 19, 2009 ID: 18382 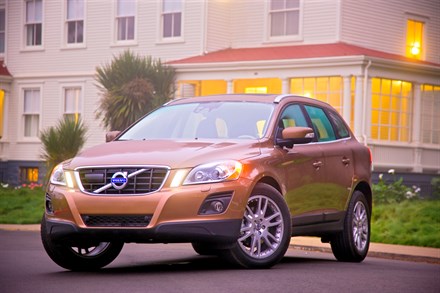 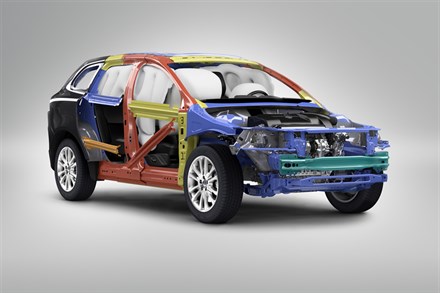