The elegant styling and dynamic profile of the second generation Volvo S80 is not merely influenced by Scandinavian design, it is a unique and timely interpretation of luxury as seen from a Scandinavian point of view.

The first generation Volvo S80 helped establish the modern era of Volvo design language. The all new S80 expands on the heritage. The entire front end of the 2007 S80 is gently rounded, without pronounced corners. The hood also possesses a more emphasized curvature, with a higher profile which provides added pedestrian protection. The headlamps are positioned lower than in the previous S80 and follow the curvature of the front, stretching onto the side and up towards the hood.

The doors are also more rounded. The previous inward curve of the door panels has been replaced with a convex, more powerful profile. At the same time, the haunches are both higher and broader, reinforcing the solid nature of the car's design. The sills have a more pronounced profile that visually lowers the car and gives it a stable, self-assured stance.

The more pronounced sweeping lines of the all new Volvo S80, present an aura of elegance and a sensation of agile motion. The tapered shape is accentuated with the gently rounded front sloping glass that transfers from the rear window to the trunk panel almost imperceptibly. The abruptly vertical tail creates a sensation of speed.

The look is further emphasized by the parallel profiles on the hood and the far-reaching clearly marked roof line, which fashions two parallel lines. The elegantly flowing lines are also complemented by the C-pillars, producing a visually slimmer appearance. The rear side windows, with chromed trim molding, are now framed by the rear doors.

“Although the all new Volvo S80 is an entirely new car from interior and exterior design to engine and new technology, it is important that it is easily identifiable - a Volvo,” says Volvo Cars design director Steve Mattin. “That is why we have emphasized many of those elements that help create the special Volvo character.”

The iconic diagonal bar along the vertical radiator grille, with the Volvo logo very much in evidence, has been even further enlarged to feature it more prominently. The trademark V-shape of the hood has been extended all the way to the front spoiler. The tail lamps echo the design of other cars in the Volvo product range, but their shape has been refined to create a somewhat lower profile, following the broader shoulder line. From the rear view, the LED lights at the top of the lamp units are easily identifiable as the new Volvo S80 at great distances, in the dark.

The all new Volvo S80 is the same overall length as its predecessor at 191 inches, but it is both slightly wider and taller. Its wheelbase is also longer and the track is wider. All told, these dimensions make for a more impressive stance and a greater presence on the road.

The interior of the all new Volvo S80 reflects the elegant and luxurious exterior. Characterized by clean surfaces, congruous lines, exciting contrasts and smooth function, the new S80 epitomizes tradition of Scandinavian design.

The sweeping lines of the exterior are echoed in the car’s interior. As with the exterior, the accented contours are really two parallel lines that create a pronounced edge or profile. The same design language is found again in the door panels. Another consistent theme inside the car is the rectangular shape with rounded corners that characterizes free-standing functions such as the ignition lock and air vents. Every detail has been meticulously designed in form and function and is optimally positioned to provide an ergonomic and comfortable driver’s environment - an important prerequisite for safe, alert yet relaxed, driving.

The modern super-slim center console - first introduced in the Volvo S40 and V50 models - is one of the most striking visual attributes. In the new S80, the center console has been tailored to suit the more classic interior design. As a centrepiece of the passenger cabin, the console extends to the rear seat and hosts a number of smart functions for storage and connectivity to accessories, such as an iPod or electric cooling box.

Volvo front seats are regarded by many as the best on the market. They are designed to offer the best possible support and comfort, even on long trips. Available power seats can now be specified with perforated and ventilated leather upholstery. The ventilated seats are equipped with fans in the seat cushion and backrest. The temperature of the seat is quickly adjusted to a pleasant level, contributing to a high degree of comfort, particularly on hot days and in damp climates.

The opposite function – heating – is available in the front as well as the rear seats and can be adjusted to any one of three temperature settings. Extended legroom in both front and rear seats of the new S80 surpasses the interior space of its predecessor. And, thanks to a thicker, hardened side glass which contributes to excellent sound damping, the interior space is luxuriously quiet.

Keywords:
S80 (2007), Interior, Quality, Special Interests, 2007
Descriptions and facts in this press material relate to Volvo Cars' international car range. Described features might be optional. Vehicle specifications may vary from one country to another and may be altered without prior notification.
Related Images
Feb 28, 2006 ID: 3580 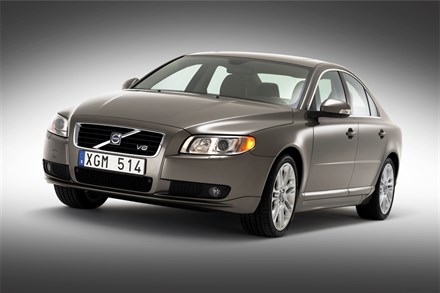 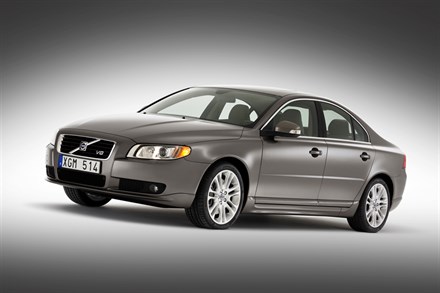 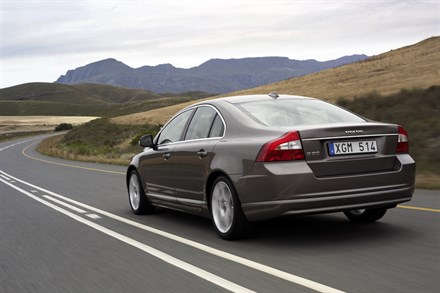 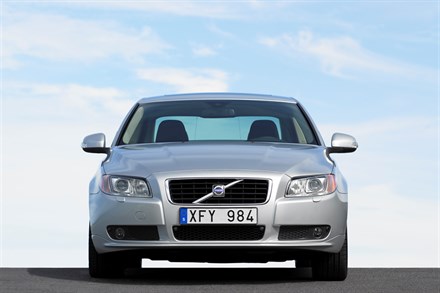