Los Angeles, California (January 4, 2006) – Volvo Cars of North America (VCNA) and aftermarket Volvo specialists, EVOLVE, have teamed up once again to unveil an SUV specifically designed to appeal to the car-crazy Southern California marketplace. The Volvo XC90, owned by film director Brett Ratner, has been significantly redesigned with a number of visual and performance enhancements.

The ultra-black XC90 isn't the first project VCNA and EVOLVE have partnered on. The relationship began in 2003 at the Specialty Equipment Market Association show in Las Vegas when two EVOLVE-equipped Volvo S60 R high-performance sedans and a V70 R high-performance wagon were unveiled. The following year's show heralded the awe-inspiring EVOLVE S40 with over 400 horsepower, race-inspired suspension and full-time all-wheel drive.

"This XC90 is something we've wanted to build for a long time," commented Don Nicholson, President and CEO of EVOLVE. "This has been an exciting exercise in creating an elegant, high-end vehicle that will really appeal to the upscale market. This XC90 is the best of both worlds, balancing stunning looks with awesome driving characteristics. "

Inside, the EVOLVE XC90 is as stylish and eye-catching as the exterior. A complete EVOLVE interior package incorporates two-tone gray and black seating surfaces with contrasting stitching. A matching EVOLVE steering wheel, EVOLVE pedals, and custom painted gloss black and bright-silver interior highlights add some drama to the interior. The already outstanding Volvo in car entertainment system features Dolby 5.1 Surround Sound and a Rear Seat Entertainment system with twin flat-screen LCD monitors mounted to backs of the front-seat headrests.

As with every other customized Volvo, the EVOLVE XC90 V8's safety features are all fully functioning. When the Volvo XC90 was introduced in 2002 it was the first SUV on the market with Roll Stability Control (RSC) and side curtain airbags for all three rows of seats.

Currently, the EVOLVE XC90 V8 is only a concept. There are no plans to offer the vehicle through the Volvo retailer network, but potential customers should contact EVOLVE if they are interested in modifying their personal vehicle.

EVOLVE is an aftermarket company dedicated to bringing the best performance and styling products to market for late model Volvo owners.

Volvo has been building cars with Safety in mind for over 75 years. The 2006 Volvo Cars model line-up includes: the award-winning S40 and its wagon counterpart the V50; the award-winning XC90; the sporty S60 sedan – including the award-winning performance sedan – S60 R and the performance wagon version – V70 R; the flagship S80 luxury sedan; versatile V70 wagon and rugged XC70 (Cross Country); and the all-new C70 convertible.

Keywords:
Auto Shows, Special Interests
Descriptions and facts in this press material relate to Volvo Cars' international car range. Described features might be optional. Vehicle specifications may vary from one country to another and may be altered without prior notification.
Related Images
Jan 04, 2006 ID: 3398 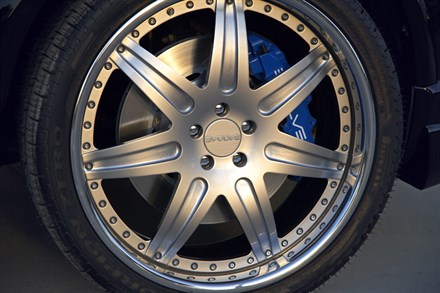 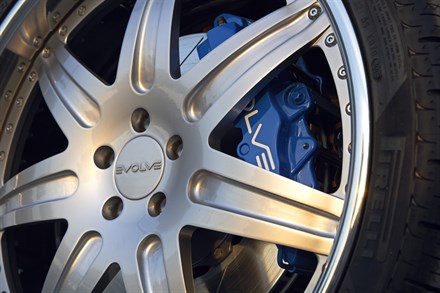