Fans can enter the sweepstakes for a chance to win tickets to the premiere of Summit Entertainment's THE TWILIGHT SAGA: ECLIPSE and play the online game for the chance to win a shiny, new Volvo XC60 at www.LostinForks.com

ROCKLEIGH, N.J. (June 4, 2010) ---Volvo is challenging all TWILIGHT SAGA fans with a new online promotion in conjunction with the release of Summit Entertainment's THE TWILIGHT SAGA: ECLIPSE which opens in U.S.

Starting June 22, TWILIGHT SAGA devotees have the chance to win a shiny new Volvo XC60, just like the one Edward drives in THE TWILIGHT SAGA:

ECLIPSE. Named after Forks, Washington, the city where Edward and Bella live, www.LostinForks.com will put players' TWILIGHT SAGA knowledge to the test in an online interactive game. After playing the online game, fans can register on the site to be in the running for Volvo's newest, highly acclaimed crossover featuring City Safety, a safety system designed to help drivers avoid or mitigate low-speed collisions that are common in city traffic.

And starting today, individuals can visit www.LostinForks.com to enter for the chance to win a pair of tickets to THE TWILIGHT SAGA: ECLIPSE world premiere in Los Angeles on June 24. Volvo will also provide the sweepstakes winner with two airline tickets to and from L.A., two nights hotel accommodations and $500 spending money (visit the "Lost in Forks" website for official rules and more details).

"Edward and Volvo are a great match because Edward is a protector, yet at the same time, he's a fan of great style and speed," said Doug Speck, president and CEO of Volvo Cars of North America. "Volvo is offering the TWILIGHT SAGA faithful a new way to experience Summit's film phenomenon by winning a Volvo XC60 - just like Edward drives - or a trip to the L.A. movie premiere."

SAGA: NEW MOON "What Drives Edward" promotion, where two lucky winners were awarded new XC60's and one lucky winner was awarded tickets to the L.A. world premiere of THE TWILIGHT SAGA: NEW MOON.

How the Volvo The Twilight Saga: Eclipse Game Works Starting June 22, players can go to www.LostinForks.com to play an online interactive game, based on TWILIGHT SAGA knowledge and skill. The objective of the game is to reach the Cullen's house in the shortest number of "forks in the road." Everyone who reaches the Cullen's in the shortest number of forks will be invited back for the finalist round, which will start July 13 and end July 15.

In addition to the game, fans will want to keep an eye out for some hidden (and not so hidden) extras on the website. Fans can also learn more about the game on Volvo's Facebook page and Twitter account.

Fans who don't win the online game but still want their own Volvo XC60, can visit a local Volvo retailer or go to www.volvocars.com/us to build their own. Edward's XC60 features the Saville Grey metallic exterior, a sandstone beige/espresso interior, a cream leather steering wheel, 19-inch Achilles diamond cut wheels and exterior accessories such as side scuff plates, front bumper bar and rear skid plates.

For more information on the entire Volvo product lineup please refer to the VCNA media website at: http://www.volvocars-pr.com, and follow Volvo's blog at: www.volvoblog.us.

In THE TWILIGHT SAGA: ECLIPSE, directed by David Slade from a screenplay written by Melissa Rosenberg and starring Kristen Stewart, Robert Pattinson and Taylor Lautner, Bella (Stewart) once again finds herself surrounded by danger as Seattle is ravaged by a string of mysterious killings and a malicious vampire continues her quest for revenge. In the midst of it all, she is forced to choose between her love for Edward

(Pattinson) and her friendship with Jacob (Lautner) - knowing that her decision has the potential to ignite the ageless struggle between vampire and werewolf. With her graduation quickly approaching, Bella is confronted with the most important decision of her life.

About the TWILIGHT SAGA film series

The TWILIGHT film series stars Kristen Stewart and Robert Pattinson and tells the story of 17-year-old Bella Swan who moves to the small town of Forks, Washington to live with her father, and becomes drawn to Edward Cullen, a pale, mysterious classmate who seems determined to push her away. But neither can deny the attraction that pulls them together...even when Edward confides that he and his family are vampires. The action-packed, modern day vampire love story TWILIGHT, the first film in the series, was released in theatres on November 21, 2008 to a blockbuster reception. The second installment of the film franchise, THE TWILIGHT SAGA: NEW MOON was released November 20, 2009.

The franchise has grossed over $1.1 billion in worldwide box office ticket sales to date.

Keywords:
Volvo XC60, Events/Activities, 2011
Descriptions and facts in this press material relate to Volvo Cars' international car range. Described features might be optional. Vehicle specifications may vary from one country to another and may be altered without prior notification.
Related Images
Jun 04, 2010 ID: 33633 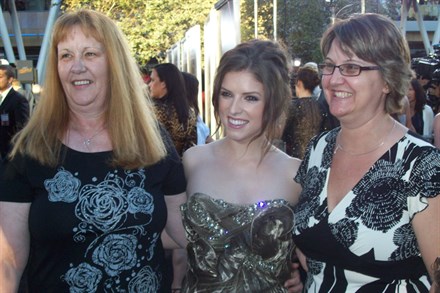 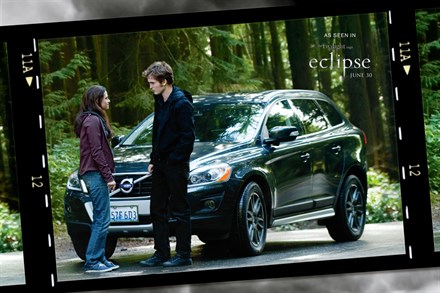