Volvo Cars reported its strongest first half year sales in the first six months of 2021 as it sold 380,757 cars globally, an increase of 41.0 percent compared with the same period last year.

The overall sales increase was driven by strong demand in China, the US and Europe, all of which reported double-digit growth compared to the same period last year, when market conditions were affected by the COVID-19 pandemic.

For the month of June, Volvo Cars sold 68,224 cars globally, up 11.0 percent compared with the same month last year.

Volvo Cars’ Recharge line-up of chargeable models, with a fully electric or plug-in hybrid powertrain, remained popular among customers and accounted for 24.6 percent of all Volvo cars sold globally during the first six months of the year. Compared to the first half of 2020, the share of Recharge models increased with nearly 150 percent.

For the first six months, European sales grew by 35.4 percent to 166,822 sold cars, compared to the same period in 2020 which was affected by the COVID-19 pandemic.

The increase for the period was mainly led by a strong performance in the United Kingdom. In June, European sales ended up at 28,695 cars, up 1.3 percent.

Keywords:
Product News
Descriptions and facts in this press material relate to Volvo Cars' international car range. Described features might be optional. Vehicle specifications may vary from one country to another and may be altered without prior notification.
To view the full copyright information click here
Media Contacts
Related Images
Jul 01, 2021 ID: 279258 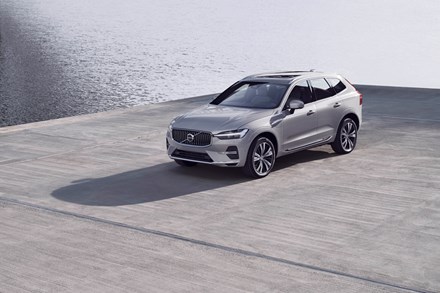