The XC70 masterfully blends the best attributes of a Volvo premium wagon with the all-road, all-weather capabilities of a four-season adventure vehicle. Building on Volvo’s philosophy of continuous refinement, the XC70 receives an enhanced standard all-wheel drive system for 2006. Other changes include an expanded list of equipment for the Convenience Package as well as two new exterior colors.

New All-Wheel Drive with Instant Traction™ made its debut on the larger XC90 V8 model in mid-2005. Now, it mates with the XC70’s 2.5-liter turbocharged engine for positive, instantaneous torque and optimum launch performance. The improved, computer-controlled Haldex all-wheel-drive system instantly delivers up to 50 percent more torque to the rear axle only when needed, such as during takeoff.

Before Instant Traction, if the AWD system sensed that the front drive wheels were losing traction – like on a slippery road – one-seventh of a wheel rotation occurred before it began redirecting torque to the wheels that have traction. This fraction of a rotation could influence performance under certain conditions. Instant Traction adds a one-way pre-charging valve to the AWD system that maintains a torque load of 59 foot-pounds, which is available instantly. Torque can be transferred directly, without any speed difference. As before, there is no need for the driver to worry about engaging the system. It’s all done automatically and seamlessly.

Another added optional feature is the FOUR-C (Continuously Controlled Chassis Concept) active chassis, a system first introduced on the Volvo S60R and V70R. The active chassis, which has been modified to suit the Volvo XC70, is based on Volvo’s FOUR-C technology in combination with DSTC (Dynamic Stability and Traction Control). This is an advanced self-regulating chassis system that uses a number of sensors to continuously monitor the car’s behavior. In mere fractions of a second, the shock absorbers are reset to suit the current situation.

FOUR-C adjusts chassis settings to suit the car’s speed. The faster the car is traveling, the greater the damping. This makes the car easy to control even at high speeds. This technology also reduces the car body’s tendency to kneel at the front, squat at the rear or roll sideways during hard braking, sudden acceleration or fast avoidance maneuvers respectively.

All models fitted with an active chassis feature two alternative chassis settings. At the touch of a button, the driver can alter the car’s driving behavior to suit personal preferences. SPORT gives more controlled body movements, faster steering response and more road contact.  COMFORT gives a suppler, more comfortable ride with calm, harmonious body movement.  In an emergency situation, however, the setting selected makes no difference – FOUR-C is programmed to always help the driver out of the situation by automatically stabilizing the car.

As a Volvo wagon, the XC70 is fitted with state-of-the-art safety features. Among them are standard Side Impact Protection System (SIPS) with side airbags and Inflatable Curtain (IC), Whiplash Protection Seating System (WHIPS), seat belts with pyrotechnic pre-tensioners in all seating positions, dual-stage front airbags (SRS), Volvo’s safety cage construction and the ISO-FIX attachment for rearward-facing child safety seats. Of course, ABS with traction control, four-wheel-independent suspension and responsive rack and pinion steering are also standard.

The XC70 embodies all that has made Volvo the worldwide leader in premium wagons. It combines unparalleled versatility, longevity, comfort and handling without compromising Volvo's long tradition of quality, advanced safety design and durability. The XC70's burly good looks and all-weather capability has reinvented the way people look at wagons. Designed from the beginning to appeal to the rugged individual in all of us, the Volvo XC70 is a perfect fit for those seeking the ultimate active-lifestyle vehicle.

Keywords:
XC70 (2007), 2006
Descriptions and facts in this press material relate to Volvo Cars' international car range. Described features might be optional. Vehicle specifications may vary from one country to another and may be altered without prior notification.
Related Images
Jun 20, 2005 ID: 2765 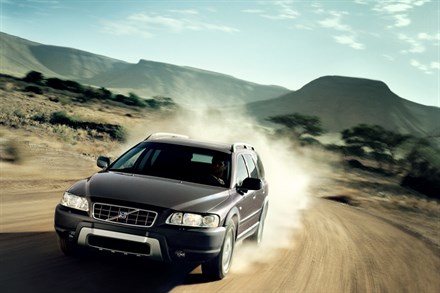 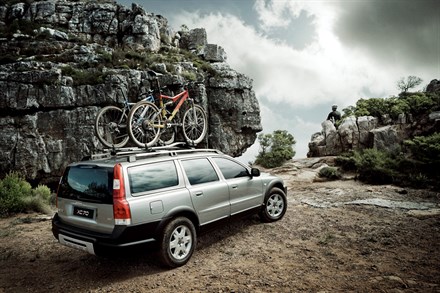