GOTHENBURG, SWEDEN (June 9, 2005) - Welcoming Fredrik Arp to his new position, Ford Motor Company's Executive Vice President, Premier Automotive Group and Ford of Europe, Mark Fields said: “Volvo Cars has a strong business and a great brand, Fredrik Arp's challenge is to lead the further growth of the Volvo business. Fredrik has an impressive track record in sales and manufacturing and I am delighted he has agreed to accept this challenge. I look forward to welcoming him to Volvo and to Ford Motor Company.”

“Volvo is a name that stands for Swedish excellence around the world,” Arp said. “This is a great opportunity for me to drive and support the profitable growth of Volvo Car Corporation. I am looking forward to working alongside such a successful team, in one of the toughest and most competitive industries in the world, and to lead them in the future development of the company.”

After 39 years with Volvo and five years as President and CEO at Volvo Cars, Hans-Olov Olsson will become Chairman of the Board of Volvo Car Corporation with effect from October 1, 2005.

Mark Fields said: “Hans-Olov's contribution to Volvo Cars over the years and around the globe is immeasurable. He has helped steer the company with a unique combination of charm, vision and steely determination to the position it is in today, which is stronger than at any other time since the company's foundation in 1927. His continued support as Chairman of the Board will be invaluable as we move forward to the company's next challenges.”

“Volvo is a fantastic company to work for – I should know I've been here almost four decades. I wish Fredrik and the team every success in the future; I have every confidence that we at Volvo have the team and the plans in place to continue to grow the company succesfully,” says Hans-Olov Olsson.

Volvo Car Corporation is a division of Ford Motor Company and brings 27,500 employess with its major manufacturing activities in Sweden and Belgium. Volvo Cars sold some 456,000 cars in 2004.

Keywords:
People
Descriptions and facts in this press material relate to Volvo Cars' international car range. Described features might be optional. Vehicle specifications may vary from one country to another and may be altered without prior notification.
Related Images
Jun 09, 2005 ID: 2714 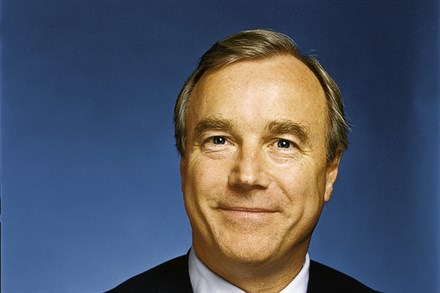