SALT LAKE CITY, UTAH (June 3, 2005) –– A local hero from West Jordan, Utah, yesterday received a “thank you” to last a lifetime: a complimentary new Volvo car every three years for the rest of her life.

Earlier this year, celebrity judges named Hope Bevilhymer, 27, “America’s Greatest Hometown Hero” in the third annual Volvo for life Awards, the nation’s largest search for and celebration of everyday heroes, with Volvo providing $1 million in contributions in honor of local heroes. Born with bi-lateral clubfeet, Bevilhymer is founder of “Limbs of Hope,” which redistributes prosthetic limbs to developing countries.

Launched in 2002, the Volvo for life Awards calls for people nationwide to nominate a local hero they know doing the extraordinary in the areas of safety, quality of life or environment at www.volvoforlifeawards.com. Since June 2004, Volvo received 4,272 nominations from all 50 states for the third annual Volvo for life Awards. In February, Volvo selected three winning heroes in each category.

Judges Hank Aaron, Bill Bradley, Caroline Kennedy, Maya Lin, Dr. Sally Ride, Paul Newman and Eunice Kennedy Shriver then selected the overall category winners, who each received a $50,000 charitable contribution. At a gala ceremony in March in Times Square, judges announced Bevilhymer as the winner in the quality of life category and also unveiled her as the overall program winner and the recipient of a Volvo car every three years for life.

For her first vehicle selection from the 25 or more she can expect to make in the decades to follow, Bevilhymer opted for the recently introduced Volvo XC90 V8 SUV. On Thursday –– at a lunchtime ceremony attended by Bevilhymer’s friends, family and associates –– the employees of Ken Garff Volvo in downtown Salt Lake City presented Hope the keys to her new car.

“The Volvo for life Awards is a journey that takes us across America to meet heroes who bring conscience, care and character to life,” said Anne Bélec, president of Volvo Cars of North America. “We were incredibly inspired when we learned of Hope’s courage and vision for improving the lives of those in need here and throughout the world. She’s my hero, and a hero to so many others as well.”

Born with bilateral clubfeet, Bevilhymer had undergone more than 29 unsuccessful surgeries by age 25 and was taking 100 Tylenol a week to manage her pain. Faced with the decision to either amputate one leg from the knee down or to undergo additional surgeries, she chose to amputate. Soon after her surgery, Bevilhymer received used prosthetics from people who thought she could use them. About the same time, she saw a documentary on African and Laotian refugees who were land-mine amputees unable to afford prosthetic limbs. Realizing the connection, Bevilhymer created the Limbs of Hope Foundation, which collects prosthetic limbs to share with people in developing countries. To date, Limbs of Hope has provided more than 55 prosthetic limbs to people in such countries as Cambodia, Mexico and Romania who otherwise would spend the rest of their lives missing limbs.

Keywords:
Special Interests
Descriptions and facts in this press material relate to Volvo Cars' international car range. Described features might be optional. Vehicle specifications may vary from one country to another and may be altered without prior notification.
Related Images
Jun 03, 2005 ID: 2710 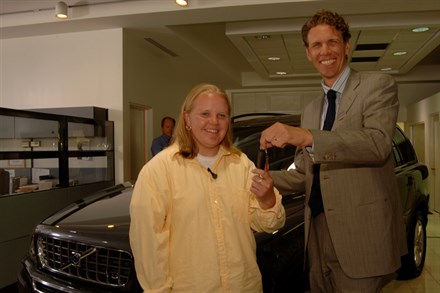 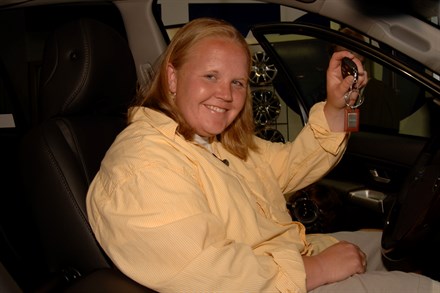