Volvo Cars, the premium car maker synonymous with advanced safety systems, has once again been recognised for its contribution to improving traffic safety and reducing fatalities and serious injuries on our roads by the National Highway Traffic Safety Administration (NHTSA) in the United States.

Per Lenhoff, Senior Manager, and Magdalena Lindman, Technical Expert in Traffic Safety Data Analysis, who work at the Volvo Cars Safety Centre, one of the most advanced testing facilities in the automotive industry, have been recognised by NHTSA for their contribution to enhanced traffic safety.  Over the years they have worked on developing a range of systems including Run-off road occupant protection and both physical and CAE (Computer Aided Engineering) test methods that capture and replicate real-life crashes.

With a clear focus on addressing real-life safety, both Magdalena Lindman and Per Lenhoff have contributed substantially to the high safety performance levels of Volvo Cars’ latest products including the new XC60. The new XC60 launched with one of the highest levels of standard advanced driver assistance and steering support systems on the market.

“We are delighted to receive this recognition for our work,” said Magdalena Lindman, Technical Expert, Traffic Safety Data Analysis at Volvo Cars Safety Centre. “Our goal is to make our roads a safer place for everyone. This is why we place so much importance on understanding real-world data. At Volvo Cars we do not engineer our cars to just pass safety tests – we engineer them to save lives. That has always been our starting point.”

Lindman and Lenhoff join an exclusive club of Volvo safety engineers that have received this award over the years for their work on ground-breaking safety innovations.

“We are very pleased that Magdalena and Per have received this recognition from NHTSA for their outstanding work. Volvo Cars foundation is built upon protecting people, understanding their needs and making their lives better. Our consistent approach to addressing real-life safety has had a clear impact on the lives of many people over the years. Our vision is that no one should be killed or seriously injured in a new Volvo car by 2020,” said Malin Ekholm, Vice President, Volvo Cars Safety Centre.

Volvo Cars is unique in the automotive industry for its approach to safety. Since 1970 the Swedish marque have been collecting data from thousands of real-world accidents with the aim of better understanding and addressing real-life safety needs. The Safety Vision and Real-Life Safety are part of Volvo Cars’ sustainability programme – Omtanke.

Keywords:
Safety, Awards
Descriptions and facts in this press material relate to Volvo Cars' international car range. Described features might be optional. Vehicle specifications may vary from one country to another and may be altered without prior notification.
To view the full copyright information click here
Related Images
Jun 07, 2017 ID: 209071 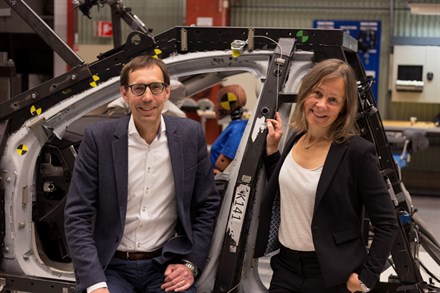 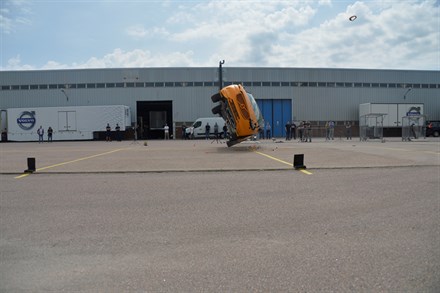