The results provide the latest proof that Volvo’s ongoing financial and operational transformation is gathering pace. Global sales rose 6.2 per cent, underpinned by an 11.5 increase in China and an 18.1 rise in the US, Volvo’s two largest individual sales markets.

“Volvo is going from strength to strength,” said Håkan Samuelsson, president and chief executive. “The new models are successful, sales are at record levels and profits are up substantially reflecting the contribution of all our employees. On the back of these achievements, I foresee that 2017 will also be a record year in terms of sales.”

The last financial year was an important one for Volvo Cars.

For the first time in its 89 year history, it conducted a €500m bond issue in May, followed in November by a SEK3bn bond issue. In December, it raised a further SEK5bn from the sale of equity to three institutions.

On the operational front, Volvo Cars completed the roll-out of its top-of-the-range 90 series during 2016, successfully repositioning the brand as a genuine premium competitor.

“With these alliances, Volvo Cars is positioning itself for coming changes in the automotive industry. These themes of sustainable profitability, rising sales and new business initiatives will be continued in 2017,” said Mr Samuelsson.

Keywords:
Corporate News
Descriptions and facts in this press material relate to Volvo Cars' international car range. Described features might be optional. Vehicle specifications may vary from one country to another and may be altered without prior notification.
To view the full copyright information click here
Related Images
Jan 26, 2017 ID: 203044 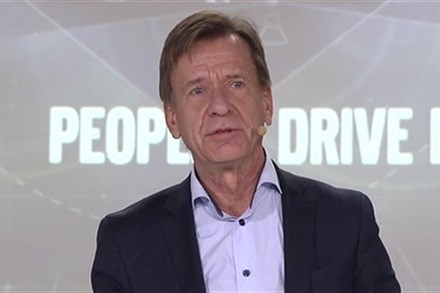