Held at Le Meridien Hotel in Minneapolis, the event capped off the largest-ever statewide search for and celebration of everyday heroes, with local Volvo retailers donating $70,000 to Minnesota charities. Launched in September, the program called for people statewide to nominate a local unsung hero they knew at www.mn-volvoforlifeawards.com. A panel of judges -- polar explorer Ann Bancroft, baseball Hall of Fame inductee Paul Molitor and former Minneapolis Mayor Sharon Sayles Belton -- helped select the top winner from a pool of almost 200 nominations.

Yeboah, 48, is an elementary school teacher and single mother of five who has helped finance the construction of 20 schools, a medical clinic, roads and a vocational school, among other things, in a tiny village in Ghana, Africa. The village has no running water, toilet facilities, roads or medical facilities for its 2,000 residents. A generous philanthropist in Minnesota, Yeboah buys clothes and shoes for needy children and awards her former students with $500 if they go to college. (See full bio at the conclusion of this news release.)

To recognize Yeboah's efforts, Volvo presented her with $25,000 to be donated to the charity of her choice.

Hosted by Brian (B.T.) Turner and Lee Valsvick, morning co-hosts on KTCZ-FM Cities 97, the ceremony was attended by more than 300 area residents. In addition to Yeboah, two other Minnesota heroes who were named by program judges among the top winners are:

"We are lucky to have met so many incredible heroes in this statewide search," said Kjell Bergh, owner of Borton Volvo. "Each one embodies the values of conscience, care and character this program intends to celebrate."

"Margaret's efforts toward bringing hope and shelter to people here and in Africa is truly extraordinary," said Rick Kline, owner of Kline Volvo. "We appreciate our judges' efforts in selecting our top winner, and we congratulate all our nominees."

The Minnesota Volvo for life Awards is a statewide version of the highly successful national Volvo for life Awards (www.volvoforlifeawards.com), which since its inception two years ago has provided almost $2 million in charitable contributions to heroes nationwide. This year, 2,768 heroes were nominated for the program, which culminates in Times Square Studios in New York on April 7 with an awards ceremony. Minnesota is the first state to conduct its own Volvo for life Awards program. All nominees for the Minnesota program are automatically included in the national program.

Judges selected the three winners from 10 finalists. The remaining finalists, who each received $500 charitable contributions during the awards ceremony, include:

Keywords:
Events/Activities, Special Interests
Descriptions and facts in this press material relate to Volvo Cars' international car range. Described features might be optional. Vehicle specifications may vary from one country to another and may be altered without prior notification.
Related Images
Mar 11, 2004 ID: 1933 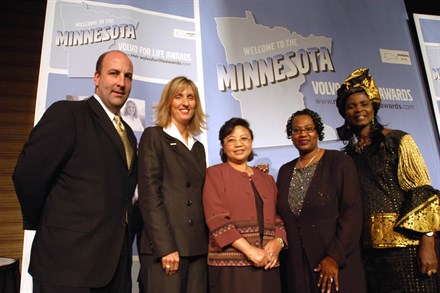 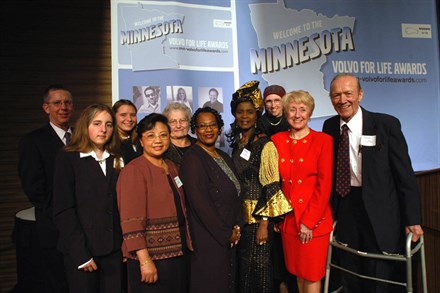 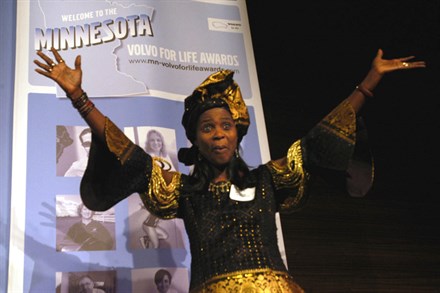