Volvo Cars, the premium car maker, has announced it is seeking to raise €500m from a bond issue, its first foray into the global corporate bond markets in its 89 year history. The Swedish company will begin a roadshow for potential investors on Monday next week.

The Notes will be offered pursuant to Regulation S under the U.S. Securities Act of 1933, as amended (the “Securities Act”).  There is no assurance that the offering will be completed or, if completed, as to the terms on which it is completed.  The Notes to be offered have not been registered under the Securities Act or the securities laws of any other jurisdiction and may not be offered or sold in the United States absent registration or unless pursuant to an applicable exemption from the registration requirements of the Securities Act and any other applicable securities laws.  This press release is for informational purposes only and does not constitute an offer to sell or the solicitation of an offer to buy the Notes, nor shall it constitute an offer, solicitation or sale in any jurisdiction in which, or to any person to whom, such offer, solicitation or sale would be unlawful.

Keywords:
Corporate News
Descriptions and facts in this press material relate to Volvo Cars' international car range. Described features might be optional. Vehicle specifications may vary from one country to another and may be altered without prior notification.
To view the full copyright information click here
Related Images
Dec 02, 2015 ID: 170075 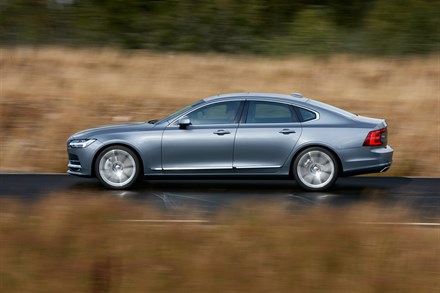