Volvo Cars, the premium car maker, and Autoliv, the automotive safety technology company, two of the world’s leaders in automotive safety, have agreed to work together on the ground-breaking Drive Me project, the world’s first large-scale autonomous driving (AD) initiative.

Drive Me involves 100 self-driving Volvos being used by families and commuters on public roads in everyday driving conditions in the Swedish city of Gothenburg – the first time anywhere in the world AD cars have been made available to members of the public for their daily use.

The two companies will work together to share research and development into the latest safety technologies and engineers and other industry experts from both companies will collaborate to push forward the introduction of active safety systems.

Håkan Samuelsson, president and chief executive of Volvo Cars, said: “We are delighted to welcome Autoliv to the Drive Me family. Autonomous driving will make our roads better and safer. The sooner we can develop the necessary technologies and start offering them in our cars the better.”

Autoliv’s inclusion in the Drive Me alliance will generate significant benefits. Autoliv’s established R&D and engineering expertise in automotive safety will contribute to the development of cutting edge active safety and autonomous driving technologies.

The range of participants in the Drive Me project reflects the many benefits associated with automated driving, such as more efficient road usage, more economical vehicle usage, less congested streets and better town planning.

One extremely important aspect of autonomous driving is the potential for far fewer traffic accidents, injuries and fatalities. According to independent statistics, over 90 per cent of all fatal accidents are believed to be caused by human error, typically due to inattention.

Advanced driver assistance systems for active safety are designed to detect and warn and/or prevent car accidents by using different sensor technologies such as radar and vision systems.

“As automated driving cars evolve, human error will be significantly reduced and ultimately these cars will provide a new level of automotive safety”, said Jan Carlson, chairman, president and chief executive of Autoliv.

The Drive Me project was started in 2013 and the first families are expected to be on the roads of Gothenburg in 2017.

Keywords:
Corporate News, Product News
Descriptions and facts in this press material relate to Volvo Cars' international car range. Described features might be optional. Vehicle specifications may vary from one country to another and may be altered without prior notification.
To view the full copyright information click here
Related Images
Feb 19, 2015 ID: 158394 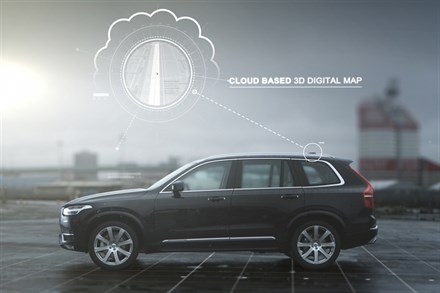 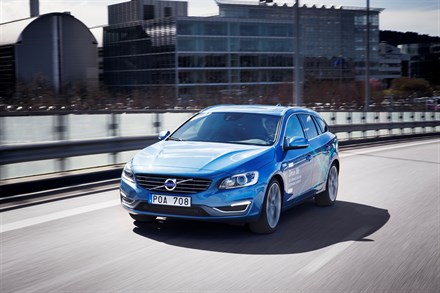