Why is Volvo Cars of North America spearheading this effort?

"This is the second year we're conducting the Volvo for Life Awards. Our goal remains the same: to place our values of conscience, care and character into action through the inspiring stories of everyday heroes. To accomplish this, we wanted to create a public service program that transcends the traditional bounds of corporate programs, to have an initiative that reaches out to both touch and honor the extraordinary spirit of the hometown hero. We feel we have accomplished this with the Volvo for Life Awards, which has become the nation's largest search for and celebration of local heroes.

"With this effort, we've been able to connect with the public at an emotional level through the stories of unsung heroes doing great things. By doing so, we're able to show people, rather than tell them, the value our company and our employees place on safety, quality of life and environment."

How successful was the nomination process in the inaugural year?

"When we launched the first Volvo for Life Awards at a December 2002 news conference in New York, we envisioned this as a small program, expecting perhaps a few hundred nominations on our Web site.

"But it seemed people were even more ready for the Volvo for Life Awards than we imagined. Through our grassroots publicity effort and word-of-mouth alone, we received 2,036 nominations representing every state in the nation.

"Each nominee was an inspiring and compelling person who in his or her unique way dramatically improved a person's life or brought change to a community. We applaud all of their efforts, and we look forward to a new batch of heroes to inspire us this year. "

How does Volvo define a hero?

"Everyone has his or her own definition of a hero. To some, it's a national sports figure; to others, it's a parent or spouse or teacher. I define a hero as someone who acts with extraordinary care, conscience and character that in some way has a tremendous long-term, positive effect on his or her fellow human beings and environment.

"What is special about the Volvo for Life Awards is that Volvo doesn't attempt to define a hero. We leave that to the thousands of people nationwide who submit nominations of people who they think are heroes and to the distinguished panel of judges who select the top winners."

Tell us about your judges.

"Volvo is extremely honored to once again have this incredible group of individuals select the winners of our Volvo for Life Awards: Hank Aaron, Bill Bradley, Caroline Kennedy, Maya Lin, Paul Newman, Sally Ride, Eunice Kennedy Shriver and Robert Young. Young was last year's Volvo for Life Awards winner. All our judges have given vast amounts of energy to public service and have made this world a better place with their unique talents. They demonstrate on a global scale the conscience, care and character of the heroes we have found and are celebrating on a local level."

What is new about the program in its second year?

"We also will become focused on the categories that depict the Volvo brand: safety, quality of life and environment. Last year, doing something extraordinary in one of these areas was part of the criteria for being nominated. But we did not use these categories to determine our heroes. This year, we'll select three finalists in each of these categories, with judges selecting one winner from each category.

"Another item we are incredibly excited about is an employee recognition plan that runs concurrently to the Volvo for Life Awards called Volvo Heroes USA."

Tell us about your employee program.

"We're launching an internal program that honors everyday heroes who work in the United States for Volvo Cars of North America and its retailers. Called Volvo Heroes USA, the internal initiative calls for company employees to nominate a co-worker they consider an everyday hero.

"Our 14,000 U.S. employees are extremely enthusiastic about the Volvo for Life Awards. Like everyone else, they know a local hero or two. Often these heroes are their co-workers. But, Volvo employees can't be nominated, so we wanted to create this special employee program to allow members of the Volvo family to be honored for their heroic efforts, as well."

"As with the Volvo for Life Awards, charitable donations will be made to Volvo Heroes USA's top finalists and winners' charities of choice. Winners will be honored at a special Volvo employee ceremony in spring 2004.

"What makes this even more special is that the general public can view company nominations when they visit the 'Heroes' Stories' section of www.volvoforlifeawards.com."

Keywords:
Events/Activities, Special Interests
Descriptions and facts in this press material relate to Volvo Cars' international car range. Described features might be optional. Vehicle specifications may vary from one country to another and may be altered without prior notification.
Related Images
Sep 18, 2003 ID: 1207 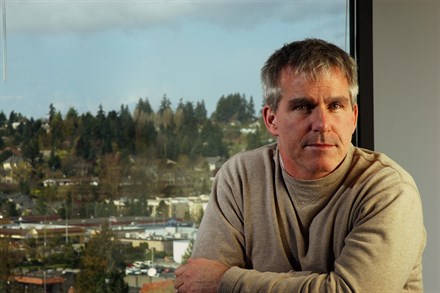