Volvo Car Group’s new two-liter, four-cylinder Drive-E powertrain family offer an exceptional blend of world-class drivability and low CO2 emissions. The Volvo S60 T6 with 302 horsepower and the new 8-speed automatic is the first car in this segment that delivers over two horsepower per gram of CO2 solely from a combustion engine.

“During the development phase of our Drive-E powertrains, we promised to bring efficient driving pleasure into a new dimension. The official European NEDC [New European Driving Cycle] certification now confirms that we outperform competitors when it comes to power versus CO2 emissions,” says Derek Crabb, vice president powertrain engineering at Volvo Car Group.

With 302 horsepower and CO2 emissions at 149 g/km the Volvo S60 T6 becomes the first car in the segment that offers the driver more than two horsepower per gram of CO2.

Drive-E powertrains are developed in-house at Volvo’s R&D department in Sweden. Drive-E also is Volvo’s name for all innovations made to reduce the impact on the environment. The moniker encompasses everything from a sustainable, efficient and clean manufacturing process, along with the use of recyclable materials, to efficient and low-emission powertrains — without compromising performance.

The new two-liter, four-cylinder T6 engine features both a supercharger and a turbo charger. Using the supercharger to fill in the bottom end torque gives the petrol engine a big, naturally aspirated feel. The mechanically linked compressor starts to function immediately at low revs, while the turbocharger kicks in when the airflow builds up.

“We have created a range of smaller, more intelligent engines with power curves that give exciting drivability compared with engines with more cylinders. At the same time we continue to reduce fuel consumption and CO2 emissions,” says Crabb.

The Volvo S60 T5 with 240 horsepower and the new 8-speed automatic is also exceptionally competitive. CO2 emissions are down at 137 g/km.

The Drive-E engines are prepared for future electrification from the start. The compact size of the four-cylinder engines means that the electric motor can be fitted in the front or rear of the vehicle. The battery pack will be located in the center of the car.

“The success of our V60 Plug-in Hybrid [a diesel vehicle not currently offered in the U.S.] has also proved there is no contradiction between driving pleasure and low emissions. And we have already confirmed the all-new XC90 will be introduced in 2014 with a petrol plug-in hybrid at the top of the range,” says Crabb. He concludes: “The first Volvo car back in 1927 featured a two-liter, four-cylinder engine. So you can safely say that the new Drive-E powertrain family remains true to our heritage.”

Keywords:
Old S60, 2014, Product News
Descriptions and facts in this press material relate to Volvo Cars' international car range. Described features might be optional. Vehicle specifications may vary from one country to another and may be altered without prior notification.
To view the full copyright information click here
Related Images
Aug 09, 2013 ID: 124308 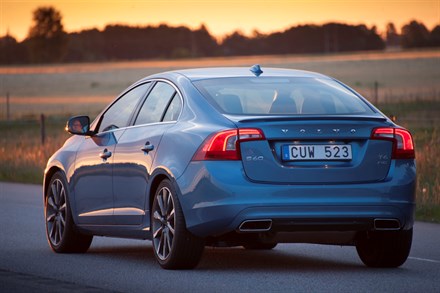 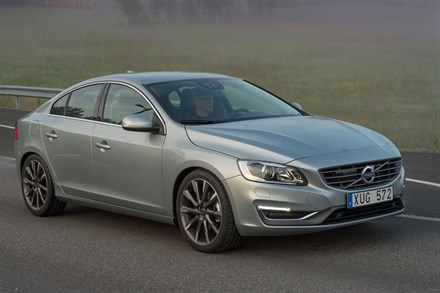 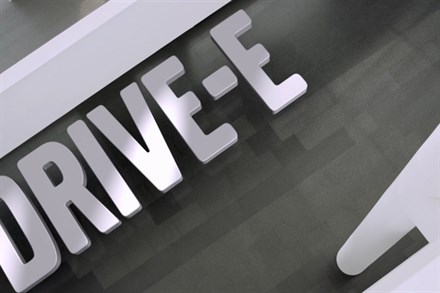 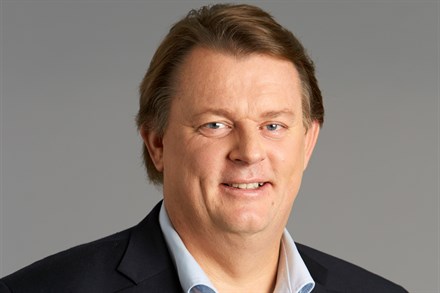