...safety very much in evidence at Volvo debut

Volvo's system for avoiding neck injuries - WHIPS(Whiplash Protection System) - is one of the most effective on the market.  In the event of a rear-end collision, the front seat backrest accompanies the passenger's initial body movement and dampens the incoming force rather like one's hand does when catching a ball.  The all-new XC70 features the next generation of WHIPS mechanism, further developed to ensure that the damping motion is gentle and to provide good contact between the head and head restraint throughout the impact sequence.

"If the road speed is not too high, brake support helps reduce the consequences of a collision," says Skogsmo.  "However, it is always the driver's reactions that are crucial to the outcome."

In order to contribute to the best possible visibility during night-time driving on curving and twisting roads, the all-new XC70 can be equipped with Active Bi-Xenon Lights -- swiveling headlights that follow the sweeps and bends of the road.  A mini-processor is used to calculate and analyze a number of parameters and optimize the light beam to suit the situation.  The headlights can be swiveled up to 15 degrees in either direction.  In order to save wear and tear on the system, it is automatically deactivated in daylight conditions.

An extra sliding load floor is available as an accessory.  It is fastened simply and quickly in the floor rails and slides out easily over the bumper to permit convenient loading.  It is automatically locked into place when the handle is released.  When it is not in use, the floor can easily be removed from the vehicle altogether.  The sliding floor and complete load system fulfill Volvo's extremely high demands for safety.

Keywords:
Safety, 2008, XC70 (2008-2016)
Descriptions and facts in this press material relate to Volvo Cars' international car range. Described features might be optional. Vehicle specifications may vary from one country to another and may be altered without prior notification.
Related Images
Mar 06, 2007 ID: 11031 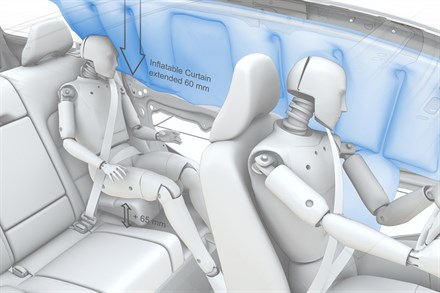 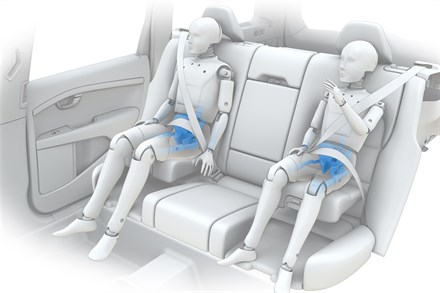 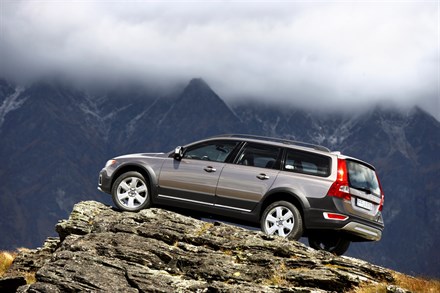