New York (April 2, 2007) - This month, Volvo celebrates eight decades of safety consciousness and care for the environment. Volvo core values are very much in evidence with its latest product introduction at the New York Auto Show - the all-new Volvo XC70.

Since the first Volvo car - the four-cylinder Open Car known as ÖV4 - rolled out of the Goteborg, Sweden, factory in April of 1927, numerous automotive milestones and industry benchmarks have gathered like moss. The Latin word "Volvo" translates to "I Roll."

The passion and dreams of the company's founders, Assar Gabrielsson and Gustaf Larson, live on today.  Their credo is ingrained in the Volvo DNA: "Cars are driven by people. The guiding principle behind everything we make at Volvo, therefore, is and must remain, safety." Volvo is globally recognized as the safety leader.

Volvo has produced many world-firsts in automotive safety. The three-point seat belt was a Volvo innovation, and today these safety devices are standard in all passenger vehicles. It has been said that there's a little bit of Volvo in every car.

Volvo's concern for child safety in automobiles led to the world's first rear-facing child seat. Another industry first in child safety is being introduced in the all-new XC70. Thanks to an innovative height-adjustable child booster cushion integrated into the rear seat, children of different sizes are provided sufficient viewing out of the windows, while still providing the most effective protection.

Environmental stewardship has always been a Volvo priority, and there, too, can be found many innovations that have influenced the automotive industry. Volvo introduced the three-way catalytic converter with the Lambda sensor. This environment friendly device removes up to 90 percent of noxious exhaust gases.

The judicious selection, and the efficient use, of materials has always been a Volvo hallmark. Recyclables are a prime consideration. Volvo production facilities perennially rank among the most environmentally sensitive operations of its kind in Europe. For vehicle occupants, Volvo introduced PremAir®, a radiator coating which converts harmful ground-level ozone into pure oxygen. The air inside of the car is literally cleaner than the air outside. And most recently, Volvo introduced the first V8 engine to meet the standards of ULEV II (Ultra Low Emission Vehicle).

Through the years there have been numerous Volvo cars that helped shape the brand and perception of Volvo. Volvo shipped its Swedish best-seller to the United States in 1955, and the appearance of the Volvo PV444 at the 1956 New York Auto Show launched what would become the marque's largest global market. By the summer following the show, 100 dealers had signed up to sell Volvos in the United States.

The PV444 was followed by the iconic Volvo Amazon (or P120), a spacious four-door family sedan. During the 1960s, Volvo consulted with orthopedic practitioners in designing the seats for the Amazon - the premise being that there is a correlation between seating comfort and safety. Sales of the P120 exceeded 665,000 and established a reputation as a car that kept "going on and on," a reference that has remained with the brand.

The Volvo P1800 echoes that refrain by being in the Guinness Book of World Records. Irv Gordon, a retired school teacher from Long Island, N.Y., has driven his 1966 P1800 more than 2.5 million miles.  At a fraction of the cost of Italian sports cars, the P1800 sports coupe established itself as an international car and the design stood the test of time being considered the best-looking Volvo ever made.

The Volvo 240 with its iconic "boxy" look helped solidify the brand's safety leadership. In 1976, the U.S. Department of Transportation purchased 24 Volvo 240 sedans to help establish future safety standards. During its lifecycle, which spanned 19 years, there were 2.8 million units produced in the 240 series.

The Volvo 850 represented the Volvo's biggest-ever industrial project, proved to be an integral piece in the company's history. The front-wheel-drive 850 was presented as "a dynamic car with four world-firsts": a five-cylinder engine, transversely mounted (which set the stage for all Volvo engines since); the Side Impact Protection System (SIPS); self-adjusting belt reels for the front seats; and, a Delta-link rear suspension.

The Volvo S80 introduced a new design language. Along with the inherent - yet further developed - safety and environmental attributes, this flagship sedan began to re-shape the perception of Volvo. Design and styling were creeping into the picture, and it was voted "The Most Beautiful Car in the World" by an Italian motoring magazine. Today's S80, in its third generation, continues the tradition of safety, technological innovation, functionality and styling.

Volvo entered the SUV market in a big way with the launch of the Volvo XC90. The XC90 was an immediate success, and continues to be the Volvo sales leader. Volvo's "next-generation SUV" quickly gained the highest safety ratings from independent testing bodies in both Europe and the United States. Globally, the XC90 has garnered more than 60 accolades for safety, versatility, engineering and its 4x4 capabilities.

These vehicles, and the dedication to the company's core values, have helped define the Volvo brand.  New cars like the C30, the all-new XC70, V70 and the upcoming XC60 will further enrich the heritage, and expand the appeal, of Volvo cars.

Keywords:
XC70 (2007), Safety, Events/Activities
Descriptions and facts in this press material relate to Volvo Cars' international car range. Described features might be optional. Vehicle specifications may vary from one country to another and may be altered without prior notification.
Related Images
Sep 18, 2003 ID: 867 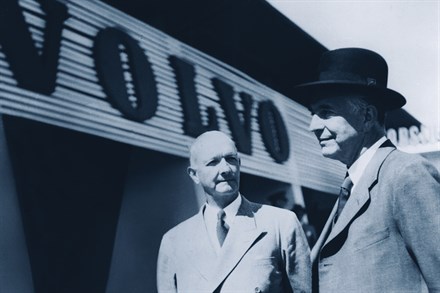 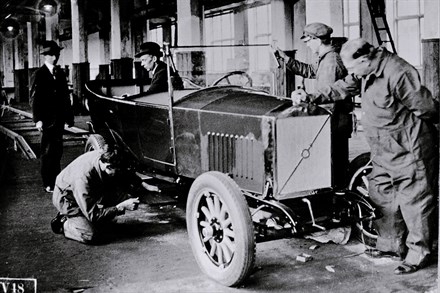