The Most Advanced Active Chassis on the Market

Volvo S60 R delivers the uncompromising road contact of an extreme sports sedan, but it's also capable of providing the comfort essential for a drive with the family. With the versatility to combine both, the S60 R presents performance unmatched on the road today.

What differentiates the Volvo Four-C from other chassis concepts is its ability to process enormous amounts of information. Strategically placed sensors on the chassis measure the longitudinal, lateral, and vertical acceleration of the car relative to driving conditions.

There are sensors to measure:

In much the same manner as the human brain, the sensory information is received and immediately acted upon. The Four-C's sophisticated microprocessor computes the motions of the car to adapt the hardness of the shock absorbers. The result is that the car is always fluid with the surface of the road.

While the S60 R negotiates varying terrain, the shock absorbers are updated with new information 500 times a second. In essence, the system makes adjustments continuously, and instantaneously.

The Four-C is a first in the world of cars. To develop this totally new technology Volvo collaborated with high-tech system developer Öhlins Racing AB and shock absorber manufacturer Monroe (both leaders in their fields).

When the car is accelerating, Four-C receives the corresponding information from the longitudinal acceleration sensor. Similarly, the system passes on information about a sharp deflection of the steering wheel a few milliseconds before the car actually changes direction.

So Four-C can predict what is going to happen, making the pun in its name (foresee) highly appropriate.

The Volvo S60 R shares a similar electronically controlled AWD system as the Volvo XC90 and S60 2.4T AWD. The four-wheel-drive system is optimised for performance, road holding and stability, and is also connected to the Multiplex system of the car. This means that the AWD system can interact in a unique way with the DSTC (Dynamic Stability and Traction Control) system, which in turn means that the car can deliver precisely the driving characteristics the driver wants.The short cut-in and cut-out times of the AWD system, less than 100 milliseconds, allow the driver to compensate and control oversteer and understeer situations.

When parking, the AWD system is controlled to prevent the front and rear axles working against each other in tight turns, making the Volvo S60 R and V70 R easy to manuvers.

When braking, the AWD system is deactivated so that ABS can operate without interference, ensuring high stability and short stopping distances.

Similarly, DSTC deactivates the AWD system to help keep the car under control and to prevent a skid.

Quick, precise steering response is vital for high-performance cars. The Volvo S60 R is equipped with a power-assisted steering gear, which is controlled by the speed of the car. Programmed to give maximum servo assistance during parking manuvers, the system gradually increases steering force as speed builds. The servo assistance function is minimal at top speed.

The braking capabilities of the Volvo S60 R match the overall performance of the car. The Brembo aluminium brake callipers have four pistons. The aluminium contributes to rapid heat dissipation and reduces un-sprung weight. The lower the un-sprung weight, the better the tire makes contact with the road. The ventilated brake discs are all of 12.9 inches in diameter.

The S60 R is a true performance sedan, designed for an exhilarating driving experience without compromising the safety and functionality characteristic of a Volvo. The 2004 model, along with its performance wagon counterpart - the Volvo V70 R, will arrive to dealer showrooms Spring, 2003.

Keywords:
R, Special Interests, 2004
Descriptions and facts in this press material relate to Volvo Cars' international car range. Described features might be optional. Vehicle specifications may vary from one country to another and may be altered without prior notification.
Related Images
Sep 18, 2003 ID: 1025 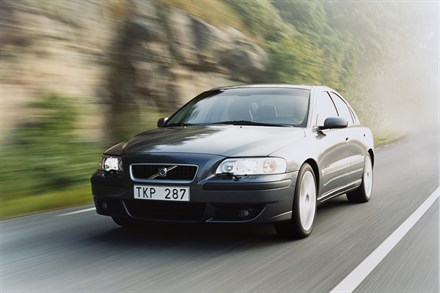 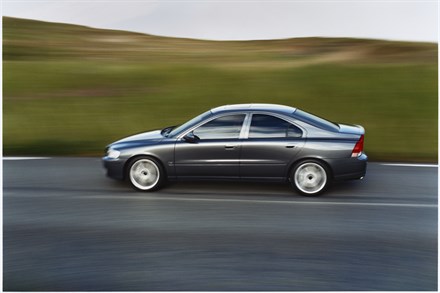 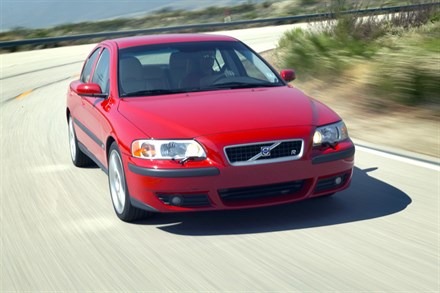