In the first eight months of the year, the company sold 483,426 cars globally, up 26.1 percent compared with the same period last year.

The US reported a solid sales performance in August with 10,686 cars sold, a 3 percent increase compared with the same period last year. The increase was led by a strong customer demand, mainly for the XC90 which was the best-selling model, followed by the XC60.

For the month of August, sales in China were impacted by the Covid-19 outbreaks in South East Asia. This led to lowered retail deliveries despite strong underlying demand and order intake. Total volumes for the month reached 13,112 cars, down 17.2 percent compared with August of last year.

European sales for the month were down to 13,052 cars, a 25.4 percent decline compared to the same period last year. The decline in sales was related to the material shortage, which affected the production volumes and, consequently, the sales performance in the region.

Keywords:
Product News
Descriptions and facts in this press material relate to Volvo Cars' international car range. Described features might be optional. Vehicle specifications may vary from one country to another and may be altered without prior notification.
To view the full copyright information click here
Media Contacts
Related Images
Sep 28, 2020 ID: 271702 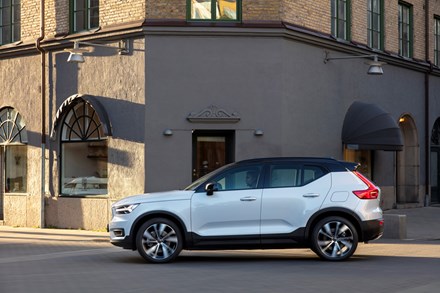