Some principles never change. And after 80 years of safety advances from Volvo, the philosophy expressed by the company's founders is more appropriate than ever:

"Cars are driven by people. Therefore the guiding principle behind everything we make at Volvo is - and must remain - safety"

Volvo will celebrate its 80th anniversary on 14 April - just a month after the world premiere of the all-new Volvo V70 and XC70 in Geneva. As always, new Volvo models come with improved safety features, and the new arrivals are equipped with extended inflatable curtains which, in combination with adjustable child booster cushions, belt force limiters adapted for children and a strong side structure, help to provide children of different heights with effective protection in a side collision. Child safety has always been important to Volvo, which introduced the first rear-facing child seats on the market as early as in the 1960s.

The philosophy of the founding fathers has provided the basis for many other new safety features over the years. One example is the safety cage, which was introduced in the Volvo PV 444 in 1944, together with the laminated windscreen, and was among the first major safety features in the company's cars. The three-point safety belt - the most important of all Volvo's inventions - appeared in 1959. This is considered to be one of the technical inventions that has saved most lives in the history of mankind. Side-impact protection (SIPS) was introduced in 1991 and the WHIPS whiplash protection system in 1998. In today's models, the crumple zone introduced in 1966 has been refined with the use of four different grades of steel to optimise the absorption of collision forces.

For the last 37 years, Volvo's own accident research team has been studying and learning from accidents involving Volvo cars. The team provides Volvo's research and development function with vital knowledge on a continuous basis.

Volvo envisages a future in which the traffic environment will be completely safe. In this vision, cars will be equipped with intelligent systems that will not only help to improve driver alertness, but may even take control of the car if the driver does not react in sufficient time to avoid an impending emergency. This work is already in full progress. The latest Volvo cars incorporate several advanced safety systems that assist the driver in this respect. These include BLIS, which warns of vehicles in the blind spot and Collision Warning with Brake Support which, in addition to visual and audible warnings, ‘primes' the brakes to help avoid a collision with the vehicle in front.

"The thrust of our new safety philosophy is to place human capability at the centre of our research work and future systems development. The objective is to help the driver to keep his or her hands on the wheels and eyes on the road," explains Ingrid Skogsmo, director of the Volvo Cars Safety Centre, who was named Woman of the Year 2006 by the influential trade magazine Automotive News.

City Safety, which was unveiled for the first time in the XC60 Concept at the Detroit Motor Show earlier this year, represents yet another step towards this vision. The system itself can, in some situations, apply the brakes to avoid a collision and Volvo Cars hopes that its use will prevent half of all  rear-end collisions. City Safety is scheduled for commercial introduction within the next two years.

Milestones in 80 years of Volvo safety 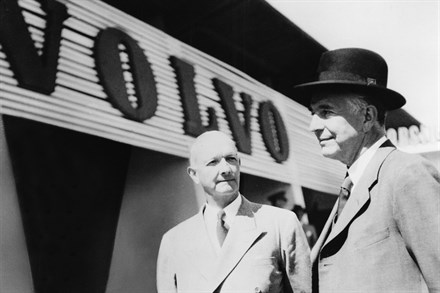 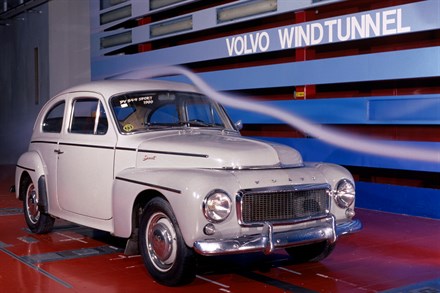 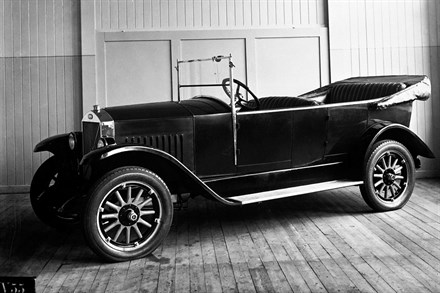