Victory in the STCC premiere for Volvo Polestar Racing

Thed Björk secured the first victory of the year for Volvo Polestar Racing in the Swedish Touring Car Championship (STCC) premiere at Knutstorp in the south of Sweden.

"A wonderful victory! The balance of the car was so good in the second race, a big thanks to the team and what a great start to the season," said Björk.

Björk started from second on the grid in the second race and was thanks to a lightning fast start able to take the lead in to the first corner. BMW driver Richard Göransson, who won the first race of the weekend, put hard pressure on Björk who was able to keep the lead for all 20 laps of the race.

"Göransson was closing in, but I was able to respond to that and pull up a new gap. He was never close enough after that," said Björk.

Fourth position in the first race and victory in the second means that Björk is second in the championship standings with 39 points, eight points behind Göransson.

"The podium finish in the first race was great. It has been a solid start to the season. We know what we need to work on for the next race in order to fight for the victory," said Dahlgren.

22-year-old Linus Ohlsson had a solid start to the season as well with two fifth positions from the two races at Knutstorp.

"We got the car good for the races, but we lack some speed in qualifying. But it has been an okay weekend overall, but I am not pleased until I am on top of the podium and that is what we are working for to Solvalla," said Ohlsson.

A man not pleased with the first race of 2013 was reigning champion Fredrik Ekblom who left Knutstorp with two sixth positions.

"We had problems in qualifying that unfortunately followed us for both races. But for my worst ever race weekend in these cars, two sixth positions is okay. And the positive thing is that we know what needs to be done in order to find those last tenths needed for the very top. I am fully focused on the next race!" said Ekblom.

Prince Carl Philip Bernadotte had an eventful first ever STCC race weekend with 13th position in the first race and a best lap time which was eighth fastest overall.

"It has been a good debut STCC weekend for me. I made some unnecessary mistakes, but the positive thing is that I got proof that I have the speed for top ten and that is something I am really glad over," said Prince Carl Philip.

"The first race weekend of 2013 can for sure be summarized as really good for Volvo Polestar Racing. Björk made an amazing job in the second race and the hard fight with BMW bodes well for the rest of the season," said Derek Crabb, Motorsport Director of Volvo Cars.

The STCC season continues at Solvalla in the Swedish capital Stockholm on the 8th of June. 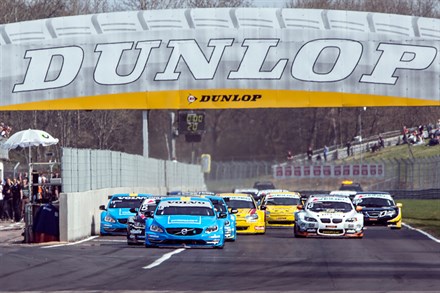 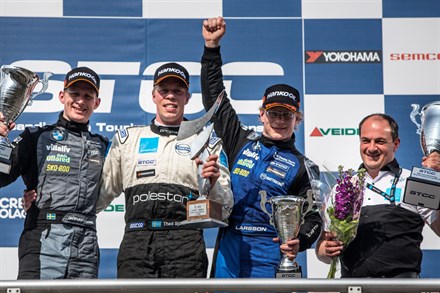