Volvo Car Group (Volvo Cars) reports global retail sales of 33,650 cars for the month of July, an increase of 14 per cent compared to July 2012. China again grew substantially and European sales were also up significantly thanks to the success of the Volvo V40 model. For the period January to July, global sales were down by 3.2 per cent.

The United States became Volvo Cars' number one market in July with 5,908 retail sold cars, representing a growth rate of 3.3 per cent compared to the same month last year. The Volvo S60 and XC60 models represented the majority of sales.

Volvo Cars in China continues to report rapid growth and sales in July grew by 61.6 per cent to 4,640 cars. The majority of growth came from the XC60 model which reached 2,278 sold cars, a new all-time sales record for an individual month.

Volvo Cars continued to strongly outperform the market in Sweden and retail sales grew by 15.1 per cent in July to 3,258 cars. Volvo Cars continues to be the market leader and Volvo's V-line models with the V70, V60 and V40 dominate sales in Sweden. Also the rest of Europe reported significant growth in July. Several European markets increased retail sales with most of the growth explained by the Netherlands and the Volvo V40 model. 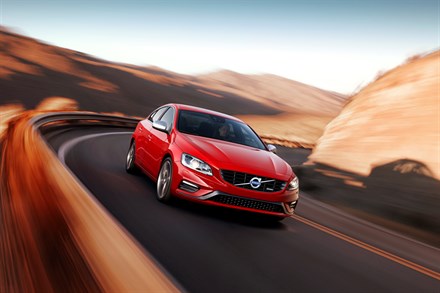