Paul Welander grew up in the 1960s in Bankeryd, a suburb of Jönköping in Sweden. Paul actually dreamed of becoming a chemical engineer like his father. But following a difference of opinion with his chemistry teacher in secondary school, he abandoned that idea.
Following his national service, one of his sisters pointed the way to Göteborg and Chalmers, from which he graduated as a mechanical engineer.
”However, I’m not really a typical engineer,” he remarks, ”although I studied engineering in secondary school, did my national service in the engineering corps in Eksjö and Södertälje, and graduated from Chalmers in engineering. I’ve worked in engineering all my life, but I love all science.”
In 1983, Paul Welander was engaged by Volvo Car Corporation as a test coordinator –  a technical administrative post – liasing with the design department.

In 1986, it was time for a new challenge and Paul Welander joined German chemicals group Hoechst in technical sales support.
”The job was both technical and social. Although I was based in Sweden, I had to travel extensively to places including Germany. Working for a sales company at that time was a very positive experience – everything more or less sold itself. My time at Hoechst provided me with solid experience and I developed a network of people working in polymers.”
Paul Welander returned to Volvo Car Corporation in 1988, joining the Materials Laboratory, where he was working on polymers. In 1990, he was recruited by Interior Design as group manager.
He worked at the Materials Laboratory until 1994. Börje Thor was a legendary test manager and when he moved to the Uddevalla plant (where the first Volvo C70 coupé was under development), Paul Welander took over his job.
”It was very enjoyable to work close to the product,” remembers Paul, who progressed from heading a working group of about 50 people to managing 700-800 employees.

Close to customers and dealers
Paul subsequently became aftermarket manager of Volvo Cars North America, based in Rockleigh. The family spent three years in the USA.
”This was my best training school,” he says. ”I didn’t know what a customer or a dealer was before I took the job.
Paul Welander is genuinely passionate as he talks about ”closing the gap between us (the development department) and the customer".
”I feel that both in my heart and my head. It’s a privilege to have the chance of seeing what is important to the customer.”
He returned to Sweden in 2001. ”I took over a steady ship when I succeeded Hans Folkesson at Body and Trim,” says Paul Welander.

In 2005 he became head of Quality and Customer Satisfaction. After an reorganisation in 2009 he became Vice President Engineering and has been so until his current position as acting SVP Product Development. 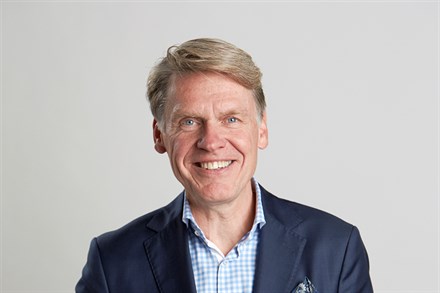