At 10am on 14 April 1927, sales manager Hilmer Johansson drove the first mass-produced ÖV4 model through the factory gates in Lundby in Göteborg.  Now, 85 years later, the same model will pass through exactly the same gates to celebrate Volvo's birthday. Stefan Jacoby, President and CEO of Volvo Car Corporation, and Olof Persson, President and CEO of the Volvo Group, will be behind the wheel. "It's a fantastic car, but it's easy to see how much has changed over the last 85 years," says Stefan Jacoby, who recently premiered the new V40 at the Geneva Motor Show.

The Volvo Group and Volvo Car Corporation are two companies with a long shared history. However, what was at that time one company began as a very unpromising project, because Volvo's founders Assar Gabrielsson and Gustaf Larson had no direct experience of cars or the automotive industry. During its first year of production, Volvo sold a very modest 300 cars. However, in the following year business really began to take off, when the company also started manufacturing trucks and buses. Even back then, Volvo realised that the key to success lay in exports. "Our roots are still very important to us. Around 30,000 of the Volvo Group's 120,000 employees work in Sweden, but 95 percent of our products are sold outside the country," says Olof Persson. The equivalent figures for Volvo Car Corporation are 14,500 employees in Sweden out of a worldwide total of 21,500. Around 87 percent of all Volvo Car Corporation's sales take place outside Sweden.

As a result of Volvo's birthday, Volvo Museum in Gothenburg will keep an open house at 11.00-16.00, April 14. If the weather is fine, a parade to the city center with both new and vintage vehicles will be organised.

Keywords:
ÖV4, Volvo People, Overview, Historical
Descriptions and facts in this press material relate to Volvo Car UK's car range. Described features might be optional. All information is correct at time of going to press and may be altered without prior notification.
Related Images
Apr 13, 2012 ID: 43336 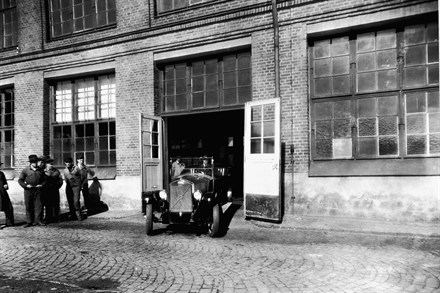 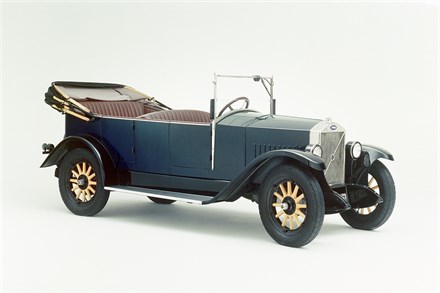