The all-new Volvo S60: sculpted to move you - and your feelings

No previous Volvo model has ever before etched itself in your mind charged with so much feelings, self-confidence and promise of enjoyable days on twisting roads.

"The all-new S60 has been sculpted to move you. Every single line in its design is there to transport you both physically and emotionally. Its profile radiates so much coupe feeling that the rear doors come as something of a pleasant surprise when you examine the car close-up," says Volvo Cars' Design Director Peter Horbury.

After spending seven years at Ford, Peter Horbury returned to Volvo in summer 2009 - and the all-new S60 is a crystal-clear reflection of what is perhaps his most distinctive experience from his years in the United States.

"There's little point playing the polite Englishman or reserved Swede if you want to make a lasting impression. Translated into a car market packed with extrovert models from all the leading makers, this means that you have to sharpen your design pencil like never before if you want to be seen. That's why it's so important for the all-new S60 to be more daring than our previous models."

"The front is a good example. It was a bit too minimalist in the previous model. That's why I have nothing but praise for the changes that have been made during my absence. The grille, the large iron mark and the front position marker lights in the all-new S60 are immediately noticeable in your rear-view mirror. The attitude is proud and self-confident, but without appearing too aggressive. There is no doubt which car is behind you."

Promise of a great drive

Örjan Sterner is responsible for the exterior design of the all-new Volvo S60. For him, the direction was crystal-clear from the very outset:

"In its overall shape, the new S60 is a coupe, sportier and more distinct than any previous Volvo. Virtually all the lines were penned to carve out a look that crates a strong sense of motion. It carries a sporty appeal that promises great driving pleasure before you even get behind the wheel," he says.

""The dip in the middle of the double wave visually pushes the car down and puts focus over the wheels. This enhances the stance and makes the car look sleeker and lower. The sculpted bonnet and the short overhangs front and rear also emphasise the sports car feel," explains Örjan Sterner.

The dynamism of the design is further enhanced by what Volvo's design team calls the "racetrack" design. The car's lines do not end abruptly but instead continue to flow organically, continually, echoing the smooth shapes of the racetrack.

LED technology carves out a distinctive S60 profile in the dark

Volvo's designers have also used LED (Light Emitting Diode) technology to create distinctive yet fluid light streams front and rear. The vertical position lights at the front, the eyebrow like side marker lights, the turn indicators in the door mirrors, the position lights in the tail lamps all help give the new S60 an unmistakeable profile even after night falls.

"Some of the rear lamp units are integrated into the boot lid. This creates a horizontal light pattern that helps make the car look even sleeker, lower and broader from behind," says Örjan Sterner.

The all-new Volvo S60 is being introduced with a range of exterior colours chosen with considerable care to emphasise the model's inspiring lines. Among the 15 colours are two new shades; the sporty and exclusive Vibrant Copper and the sophisticated Electrum Gold.

"Exclusive metals such as gold, silver, copper and bronze are strong colours in both the fashion and sports industries as well as in interior design and architecture. In recent years, improved technology and processes have made these pigments increasingly available to us in the car industry too," says Anders Sachs, who is responsible for colours and materials in the all-new Volvo S60.

The story of how he inspired his designers with a roll of white masking tape in the run-up to the first S60 project is one of Peter Horbury's favourite memories from his first period (1991-2002) as Design Director at Volvo Cars.

"I rolled the original Volvo C70 into the studio, pulled a roll of tape out of my pocket and marked out a rear door onto the coupe body. It felt like the simplest way of describing exactly what I was looking for. After that it was just a matter of the team getting down to work," says Peter Horbury. He adds:

"I was an immensely proud "father" of the first-generation S60 almost ten years ago. It took our design language a major step forward. Now we are taking an even bigger visual stride forward with yet more emotional and sporty dynamism. But the basic idea is and will remain the same: a coupe with four doors."

Volvo's design language has undergone dramatic change over this past decade - without compromising in any way on the core values that have made the brand one of the strongest in the automotive world.

"The all-new S60 is sportier and more dynamic than any previous Volvo. But it is still an unmistakeable representative of Scandinavian design at its best. Flowing organic shapes hand in hand with user-friendly functionality - as well as a car aiming to be the safest in the world," says Peter Horbury. He adds with a laugh:

"Anyone with money can buy any car he or she wants. But if you have something more than money, you're definitely going to choose the all-new Volvo S60..."

Keywords:
Old S60, Design, 2011
Descriptions and facts in this press material relate to Volvo Car UK's car range. Described features might be optional. All information is correct at time of going to press and may be altered without prior notification.
Related Images
Feb 09, 2010 ID: 31635 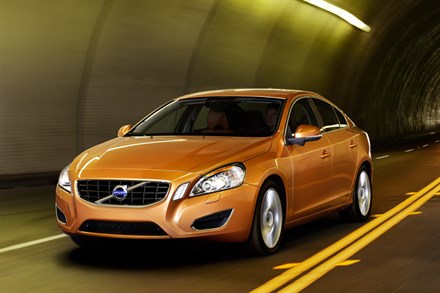 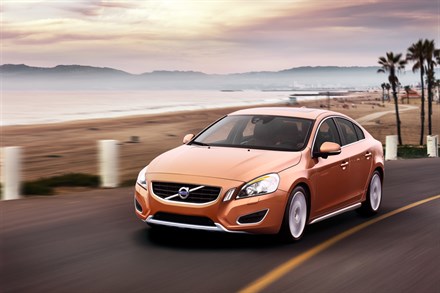 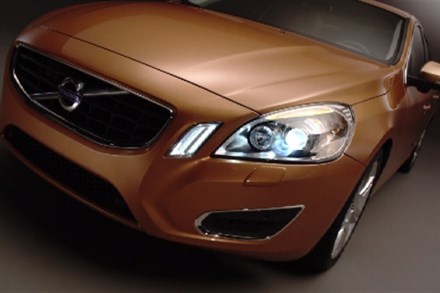 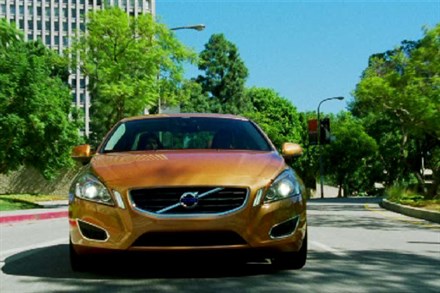