Polestar has presented a new platform that encourages Android developers to create innovative in-car digital experiences. Appearing at the Google I/O developer conference in California one week after making its North American debut in San Francisco, the Polestar 2 is one of the first cars in the world to feature a new infotainment system powered by Android that offers huge potential for developers.

At developer.polestar.com, Polestar invites Android developers to imagine their own concepts, with the goal of unlocking opportunities that improve in-car infotainment for the entire automotive industry. Polestar will also present and showcase its own inspirational ideas, on the new website.

Ahead of his speech at Google I/O, Thomas Ingenlath, Chief Executive Officer of Polestar, comments: “The Android platform which we have introduced in Polestar 2 has so much potential for innovation that we immediately identified the chance to engage with the developer community.

“Together with Google, our own digital team has created an exciting interface in the car, and we know that this system will enable great opportunities. We look forward to inspiring new ideas that could make the digital experience in Polestar 2 even better.”

Polestar launched in 2017 with the Polestar 1 – a low-volume Electric Performance Hybrid GT with 600 hp, 1,000 Nm and an electric-only range of 150 km – the longest of any hybrid car in the world. In 2019, the Polestar 2 was revealed as the company’s first full electric, higher volume premium car designed to compete around the Tesla Model 3. In the future, Polestar 3 will join the portfolio as a fully electric performance SUV.

Keywords:
Product News
Descriptions and facts in this press material relate to Volvo Car UK's car range. Described features might be optional. All information is correct at time of going to press and may be altered without prior notification.
To view the full copyright information click here
Related Images
May 07, 2019 ID: 252500 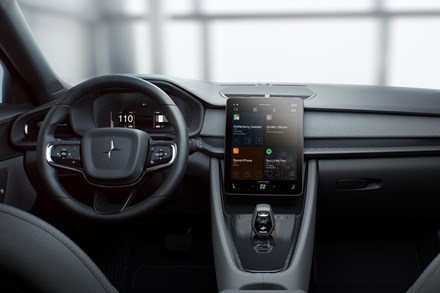