Volvo Cars, the premium car maker, will continue its move away from traditional auto industry events to focus on bespoke activities to introduce its new cars, technologies and services to media and consumers.

The shift towards purpose-specific communications supports the company’s ambition to transform its connection to its customer base, with the aim to build more than five million direct consumer relationships by the middle of next decade.

The company’s most recent new-car launches revealed the XC40 compact SUV at the 2017 Milan Fashion Week and unveiled the new V60 premium mid-size estate in the driveway of a suburban home in Stockholm.

Later this month, Volvo Cars will also launch its new S60 sports saloon at the inauguration of the company’s first US manufacturing plant, in Charleston, South Carolina.

As part of the company’s strategy to target a new mix of audiences and develop its own events, Volvo Cars has decided it will not attend the Geneva Motor Show in 2019.

“The ongoing change in the car industry is creating new audiences for Volvo Cars and new ways of bringing products to the market,” said Björn Annwall, Senior Vice President of Strategy, Brand and Retail at Volvo Cars. “Automatic attendance at traditional industry events is no longer viable – we must tailor our communications based on how the options complement our messaging, timing and the nature of the technology we are presenting.”

Annwall continued: “We are not saying never to car shows. We expect industry events like the Geneva Motor Show to continue evolving and we may return in future.”

Volvo Cars’ new S60 sports saloon will complete a successful renewal of the company’s portfolio, which started with the introduction of the XC90 in 2014. Since then the company has recorded four consecutive years of record sales and profits.

The company now enters a new phase with the strongest global car range in its history, and will continue to increase its focus on innovation and services. 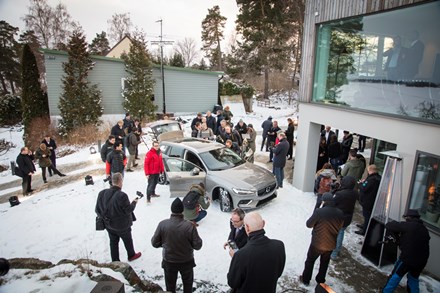