In a ground-breaking collaboration, Volvo Cars, protective gravity sports gear manufacturer POC and Ericsson will present an innovative safety technology connecting drivers and cyclists for the first time ever at the International CES in Las Vegas (6-9 January 2015).

The technology consists of a connected car and helmet prototype that will establish 2-way communication offering proximity alerts to Volvo drivers and cyclists and thereby avoid accidents. No car manufacturer has previously put a stake in the ground to help address the problem by using Connected Safety technology – until now.

The global growth in cycling continues unabated as commuters take to their bikes. This has resulted in an increase in serious cycling accidents, an issue that Volvo Cars and POC believes is unacceptable and requires an innovative and concerted effort to address. Volvo Cars’ City Safety system - standard on the all-new XC90 - is a technology that can detect, warn and auto-brake to avoid collisions with cyclists. It was the industry’s first step to seriously address cyclist safety. This commitment has paved the way for the innovative helmet technology concept, presented at the International CES 2015.

Using a popular smartphone app for bicyclists, like Strava, the cyclist’s position can be shared through the Volvo cloud to the car, and vice versa. If an imminent collision is calculated, both road users will be warned – and enabled to take the necessary action to avoid a potential accident. The Volvo driver will be alerted to a cyclist nearby through a head-up display alert – even if he happens to be in a blind spot, e.g. behind a bend or another vehicle or hardly visible during night time. The cyclist will be warned via a helmet-mounted alert light.

The innovative concept is a result of an all-Swedish partnership between Volvo Cars, POC, the leading manufacturer of protective gear for gravity sports athletes and cyclists and Ericsson, the world leader in communications technology and services. The innovative, cloud-based safety concept has exciting development opportunities and will ultimately help save lives across the whole spectrum of unprotected road users.

Klas Bendrik, VP and Group CIO at Volvo Cars commented: “The partnership between Volvo Cars, POC and Ericsson is an important milestone in investigating the next steps towards Volvo Cars’ vision to build cars that will not crash. But now, by exploring cloud-based safety systems, we are getting ever closer to eliminating the remaining blind spots between cars and cyclists and by that avoid collisions.”

Per Borgklint, SVP and Head of Business Unit Support Solutions at Ericsson said: “There is perhaps no greater promise that the Networked Society holds than its ability to create connections that save lives. Our latest work with Volvo Cars to explore protecting the millions of cyclists on the road is just the latest example of innovation that can change the world. We are proud to support this critical initiative in conjunction with POC and remain committed to the pursuit of connectivity-driven advancements that create limitless new possibilities.”

Since spring 2013, all new Volvo cars are equipped with Auto brake for cyclists. Volvo Cars’ system, a world first, uses radar and camera to detect cyclists and based on advanced sensor technology can apply full automatic braking should the car come close to a collision.

Keywords:
Product News
Descriptions and facts in this press material relate to Volvo Car UK's car range. Described features might be optional. All information is correct at time of going to press and may be altered without prior notification.
To view the full copyright information click here
Related Images
Dec 19, 2014 ID: 155683 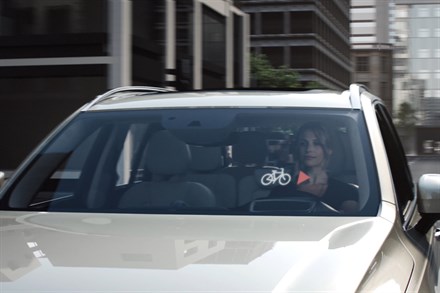 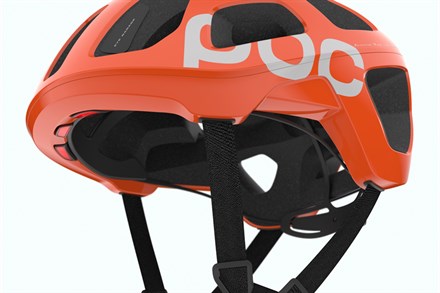 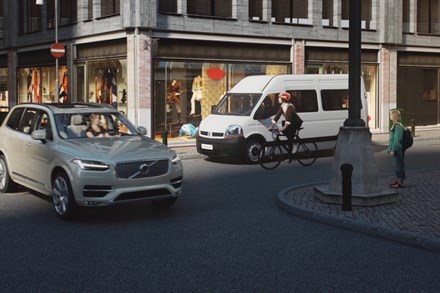 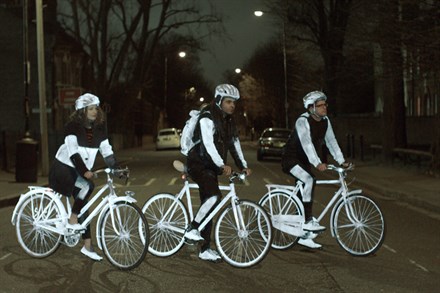