The all-new Volvo V70, the next generation of one of the police force's most popular vehicles, makes its UK debut in full police specification and livery atthe National Association of Police Fleet Managers (NAPFM) conference and exhibition at Wroughton on 14 and 15 August.

The all new V70 police car will be unveiled by Lennart Stegland, President of Volvo Special Vehicles, at 13:30 on 14 August, allowing guests the opportunity to see the car fully prepared for police use ahead of its official production in November 2007.

With over 40 years experience, the new Volvo police specification model maintains the current V70's reputation for strength and reliability but also offers an improved chassis to enhance driving characteristics as well as introducing more benefits for police use such as an increased payload, more legroom and a reduced turning circle.

Sarah Tottle, Special Vehicles Manager, Volvo Cars UK, said: "The Volvo V70 has always been much in demand by police forces across the UK, particularly among road policing units.  The new model can only enhance its reputation as an essential police vehicle."

One of the key benefits of the new police vehicle is its impressive payload of 724kg (modified from the 539kg for standard production) in the D5 diesel model. This, combined with a larger load space in the rear and a clever underfloor lockable storage area, ensures that the vehicle can safely transport all the equipment necessary for modern policing, including heavy firearms when the situation demands.

Keywords:
V70 (2007), 2008
Descriptions and facts in this press material relate to Volvo Car UK's car range. Described features might be optional. All information is correct at time of going to press and may be altered without prior notification.
Related Images
Aug 14, 2007 ID: 15090 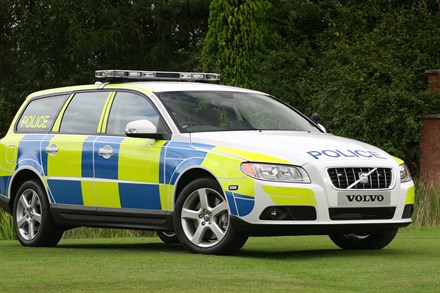 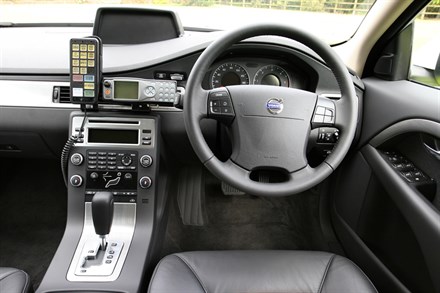