Rare Volvo cars are under the spotlight at this year's Classic Motor Show, held at Birmingham's NEC from 9 to 11 November. Celebrating 80 years since the first Volvo car left the Gothenburg factory in Sweden, the company marks this milestone with the help of some real motoring rarities.  Representing eight different decades, some stunning Volvos, never seen before in the UK, will be on display in Hall 1 of the NEC.

Nine rare Volvos
The nine cars on display at the Volvo stand are all very rare and some of them are the only existing example. By displaying these unusual models, visitors will be introduced to some lesser known parts of the Volvo product history and older cars that are not very well known outside of Sweden. All the more reason therefore to give them pride of place at the UK's best classic motoring exhibition.

Volvo 445 Valbo convertible 1953 - Built on the 445 light truck chassis, this is one of five survivors out of 10 originally built.

Volvo Sport 1956 - Often referred to as the P1900 this nice sportscar with its original plastic body carries chassis number 1.

Volvo 480 convertible prototype 1990 - One of the two prototypes built by Volvo Car B.V. as design and feasibility studies.

Volvo C70 T5 convertible 2008 - The current open top Volvo in the model range is offered with a broad range of engine alternatives.

The Volvo Owners Club displays:
Volvo PV36 "Carioca" 1936 - Only 500 were built of this streamlined pre-war Volvo and this is the only one in the UK.

Volvo 780 Bertone coupe 1990 - Designed and built by Bertone in Italy, this was the top-of-the-line Volvo during the second half of the 1980s.

Notes to editors
The Volvo cars on display are brought to the show by Volvo Cars Heritage, whose brief is to nurture and present the company's history and rich heritage. They are joined by the Volvo Owners Club, which has an extensive network and huge expertise and will be happy to talk to visitors about the club and its activities as well as providing answers to questions about what it is like to own a classic Volvo.

For more information about Volvo's classic car models, talk to the Volvo personnel at the stand, visit http://www.volvocars.com.heritage/ or http://www.media.volvocars.com/

Keywords:
Historical
Descriptions and facts in this press material relate to Volvo Car UK's car range. Described features might be optional. All information is correct at time of going to press and may be altered without prior notification.
Related Images
Nov 02, 2007 ID: 15027 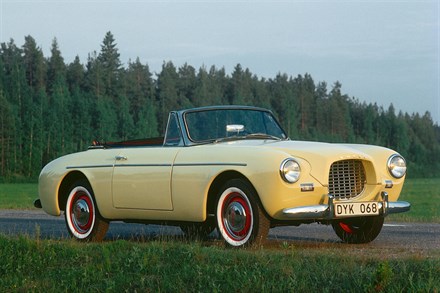 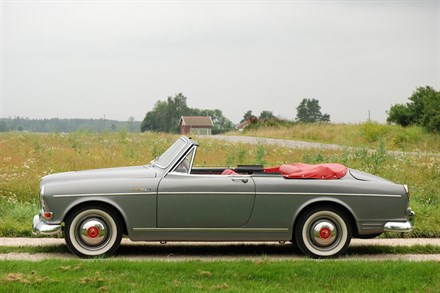