Volvos have gained an excellent reputation as versatile towcars and Volvo customers around the world regularly use their cars to tow trailers, horse boxes, boats or caravans, so expect high standards of towing performance.

As a result, towing tests are an important part of Volvo's rigorous durability testing when it is developing new cars and it is probably the only car manufacturer to have its own bespoke range of trailers and caravans, plus a special robot to test the towing performance and stability of its cars. Volvo has also helped create a new ISO standard for towing tests.

Volvo's testing confirms that the ideal characteristics for a good towcar are good performance with high levels of torque from low revs, while its gearbox, steering, brakes and suspension all combine to play an important role in determining how the car will function when towing.

The car's suspension must not be too soft, but preferably level, when towing as the angle of the car's wheels and therefore its grip on the road can change under heavy loads. It is important the steering still reacts predictably and gives the driver a feeling of the road without transferring any movements of the trailer back through the steering wheel as, if the driver instinctively tries to correct these, it usually makes any instability worse.

"When towing, you should always try to maintain a steady course and avoid unnecessary movements of the steering wheel," says Stefan Svensson, responsible for vehicle dynamics at Volvo Car Corporation.

To avoid any inconsistency or subjectivity of how a car functions when towing, which could vary from one test driver to another, Volvo has developed a 'robot' that steers the car and is programmed to make exactly the same movements of the steering wheel from test to test in order to cause the trailer to become unstable.

"The robot always makes the same movements of the steering wheel, so we can avoid any human error, and the robot test immediately exposes a car if it does not have good characteristics for towing," continued Stefan Svensson.

Volvo has actively contributed to the development of towing test methods which have now become an ISO standard. The tests involve Volvo's engineers measuring the lateral acceleration of the trailer, the angle between the car and the trailer, the angle of the steering wheel, the yaw angle of the car and the actual speed of the car. All measured values must be within certain criteria for the car to be approved by Volvo's test engineers.

Volvo performs its towing tests in extreme conditions. The aim is to create major loads on the towing hitch as well as major stresses on both the transmission, suspension and the rest of the car.

Volvo's test drivers tow fully loaded trailers through endless driving cycles in all weathers on Volvo's test tracks near Gothenburg in Sweden as well as its proving ground near Phoenix, Arizona, in the USA. This provides some of the worst of Sweden's cold winter weather conditions at one extreme and the boiling desert temperatures of Arizona at the other.

If that's not extreme enough, Volvo also tests its cars towing fully loaded trailers on a 23.3km long uphill climb with an average gradient of seven percent in Death Valley, California where temperatures regularly exceed 40 degrees. All Volvo cars will have to go through this extreme test before the test engineers give their final approval.

The cars are also subjected to excess stresses such as repeatedly towing a fully loaded trailer up a 20% gradient for which the engineers have a fleet of 35 trailers/caravans of varying size and weights available, including twin axle caravans weighing 1600kg and horse transporters weighing over two tonnes.

As you would imagine, Volvo's towbars are also tested to the same extremes as its cars and specifically developed for each model. The car's bodywork is designed with all the anchorages needed for the towbars, which are available in swan neck and detachable varieties.

Keywords:
Special Interests
Descriptions and facts in this press material relate to Volvo Car UK's car range. Described features might be optional. All information is correct at time of going to press and may be altered without prior notification.
Related Images
Jan 23, 2008 ID: 14958 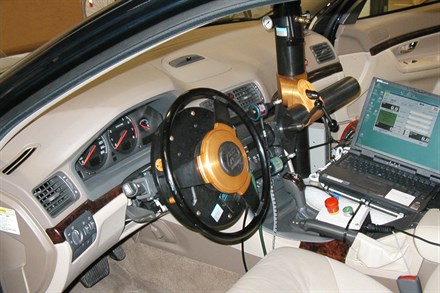 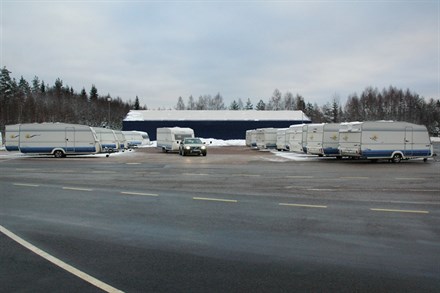 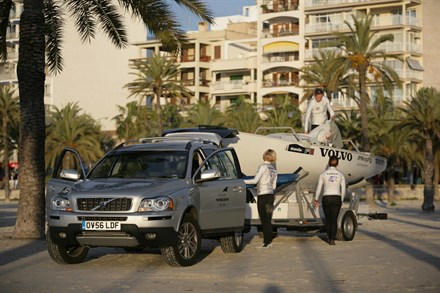