Volvo Car UK has headed backstage at London’s O2 for the arena debut of its talented Swedish partner and singer/songwriter, Andreas Moe.

Andreas, who arrived in the country only a few months ago to launch his international solo career, was soon talent-spotted and named as support act to multi-million album selling global superstar John Mayer.

The 25-year-old took to the stage in front of an audience of 36,000 people to introduce himself, his band and his music – and show people exactly why he’s a Swedish superstar in waiting.

Volvo Car UK went along to witness the landmark performance – see the results here in this video:  https://www.youtube.com/watch?v=JTnxOK83LTE

Andreas Moe said: "Supporting John Mayer at the O2 Arena was a dream come true. A milestone in my career that I will always remember".

Nikki Rooke, Head of Corporate Communications, Events & Sponsorship at Volvo Car UK said: “This performance is great news for Andreas’ career and comes just a few short months after starting his partnership with Volvo here in the UK. We’re delighted at the progress he is making and proud to be supporting a talented Swedish artist.”

Born in Stockholm, Andreas Moe is a sought-after writer, session guitarist, producer and singer and signed his first publishing deal with London based Phrased Differently in 2011.

Andreas’ first big break arrived with a feature on Avicii's world-wide hit single 'Fade into Darkness' and continued when he sang and co-wrote the double Platinum selling singles “Long Time”, “Under The Sun” and “Dance Our Tears Away” with Swedish DJ, John de Sohn, picked up by LA Reid in the US on Epic Records. Since then, Andreas has continued to collaborate with well known DJ’s around the world.

Andreas has released two EPs to date including “Collecting Sunlight” in 2012 and “This Year” in 2013.  He was also chosen as main support to Gabrielle Aplin on her UK live tour in 2013 where he played in front of 40,000 fans.  During the rest of 2013, he wrote his debut album, which is due for release in Scandinavia, Germany, Switzerland, Austria and Benelux through Sony Music in the first quarter of 2015.

This year outside of Scandinavia, he will be releasing two EPs with a third following in January 2015.  These releases will be supported by a very busy touring schedule which will see him performing at UK festivals, support tours and headline shows over this period.   In addition, he also featured with Tiesto in June and has another feature with  Hardwell & Tiesto in October. 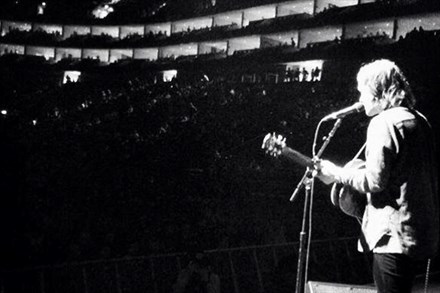