Volvo Car UK staff have been treated to a one-off, exclusive gig with up and coming Swedish superstar Andreas Moe, during an intimate gig at Scandinavia House.

The performance marked the start of the partnership between Volvo Car UK and Andreas, who is in the UK to launch his international career, and was a chance for staff to get to know the 25-year-old, hear his music and support him in his UK career.

Fresh from supporting John Mayer at the O2, where he performed in front of 16,000 people, Andreas has had a meteoric start to his UK stay and is looking forward to building on his successful Swedish career.

In addition to his production credits and features, Andreas is also an accomplished song writer, having collected three double Platinum, two Platinum awards for various artists and 1 Gold award for a recent collaboration with Boyzone, and has toured as main support act to headliners such as Gabrielle Aplin. He has also collaborated and featured with DJ royalty such as Avicii, Tiesto and Hardwell.

Meanwhile, his upcoming EP, ‘Ocean’ is released on July 14th and the lead single can be viewed on social media here: https://www.youtube.com/watch?v=tKuyZ6gSqkE

“The last few weeks have been amazing and the UK has welcomed me with some amazing opportunities,” said Andreas.

“The support we’ve received from everyone at Volvo has been fantastic, and to follow it up with a gig at the O2 is something we didn’t think would be possible so early on.”

Born in Stockholm, Andreas kicked off his career aged 16, touring every single youth club, bar and music venue in his home city before becoming a sought after writer, session guitarist, producer and singer in his own right. In 2011, he signed his first publishing deal with London based Phrased Differently.

A musical polymath, Andreas says his influences have been equally wide-ranging, from Michael Jackson, to Iron Maiden and Kiss, to Jeff Buckley. His own songs cover these musical influences, while lyrical inspiration comes from his experiences of love and relationships.

Andreas had his first big break in 2011 when he was asked to feature on Avicii's world-wide hit single 'Fade into Darkness' and from there the buzz picked up furthermore when he sang and co-wrote the double Platinum selling singles “Long Time”, “Under The Sun” and “Dance Our Tears Away” with Swedish DJ, John de Sohn, picked up by LA Reid in the US on Epic Records. Since then, Andreas has continued to collaborate with well known DJ’s around the world and enjoys writing toplines for dance music, however his heart has always been and will always be in pursuing his own singer songwriter career.

Andreas has released two EPs to date including “Collecting Sunlight” in 2012 and “This Year” in 2013.  He was also chosen as main support to Gabrielle Aplin on her UK live tour in 2013 where he played in front of 40,000 fans.  During the rest of 2013, he wrote his debut album, which is due for release in Scandinavia, Germany, Switzerland, Austria and Benelux through Sony Music in October 2014

This year outside of Scandinavia, he will be releasing two EPs with a third following in January 2015.  These releases will be supported by a very busy touring schedule which will see him performing at UK festivals, support tours and headline shows over this period.   In addition, he also has features confirmed with Tiesto in June and Hardwell & Tiesto in October.

Nikki Rooke, Head of Corporate Communications, Events & Sponsorship at Volvo Car UK, said: “We’re delighted to be supporting Andreas during his stay here in the UK. Already it looks like he’s capturing a lot of attention for his musical talents and we’ll be following his career with interest.”

Keywords:
Product News
Descriptions and facts in this press material relate to Volvo Car UK's car range. Described features might be optional. All information is correct at time of going to press and may be altered without prior notification.
To view the full copyright information click here
Related Images
Jul 03, 2014 ID: 147900 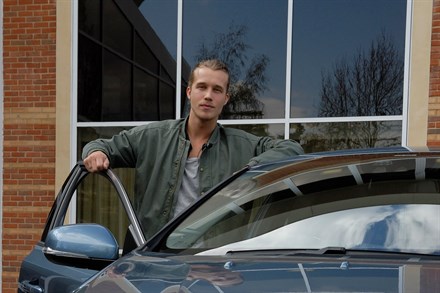 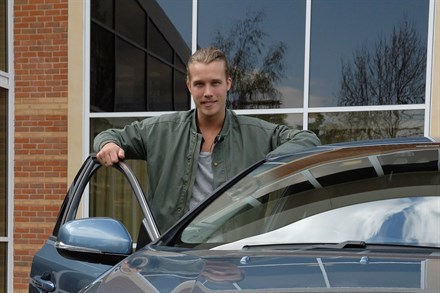 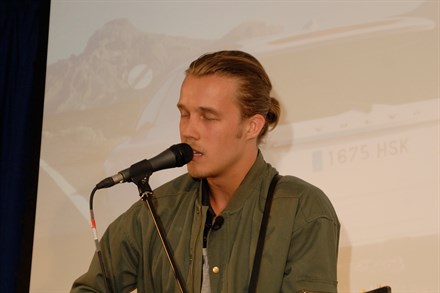