Almost one year to the day after being introduced at the North American International Auto Show as the "Next Generation SUV," the Volvo XC90 has been named North American Truck of the Year.

"We are very proud to receive this prestigious award for Volvo in such a competitive segment within such an important market," said Hans-Olov Olsson, President of Volvo Car Corporation. "With Volvo’s first entry into the rapidly-growing SUV market, we wanted to be true to our brand core values of safety, environmental care and quality."

The competition - judged by 49 automotive journalists from the United States and Canada representing newspapers, magazines and the electronic media - honors vehicles that set new standards or become new benchmarks in their class.

"The XC90 isn’t exactly a truck, but it is a vehicle that successfully answers most of the criticisms aimed at today’s upscale SUVs. From the boron-reinforced roof, to the technology monitoring occupants, to the anti-rollover system, the XC90 actually has managed to swing the technology pendulum in favor of SUVs as compared to conventional sedans. It does this with an elegant, long-lasting design and a highly functional interior package. In short, it does almost anything you would want a vehicle to do, save pull a really big trailer up a mountain grade," commented Popular Science editor and North American Truck of the Year juror Dan McCosh.

The XC90 features no fewer than five automotive world firsts: Roll Stability Control (RSC); an inflatable side curtain for all three rows of seats; an integrated sliding center booster seat for children; seatbelts with "pre tensioners" in all seating positions; and, the availability of a Dolby 5.1 Pro Logic II surround sound stereo system featuring a 305-watt Alpine amplifier and 12 premium speakers.

"We are extremely pleased with the response by the media and by consumers to the XC90," said Vic Doolan, Volvo Cars of North America President and CEO. "In addition to recognition for design, for performance, and for safety, the XC90 has been met with great customer appeal, with a waiting list that extends through the first quarter of 2003."

Keywords:
XC90 (2002-2014)
Descriptions and facts in this press material relate to Volvo Cars' international car range. Described features might be optional. Vehicle specifications may vary from one country to another and may be altered without prior notification.
Media Contacts
Related Images
Jan 07, 2003 ID: 7707 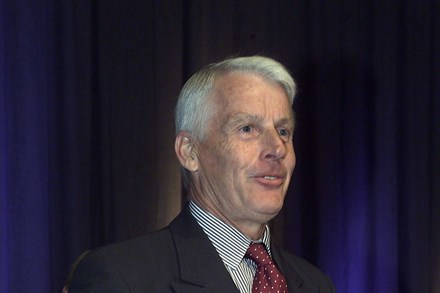 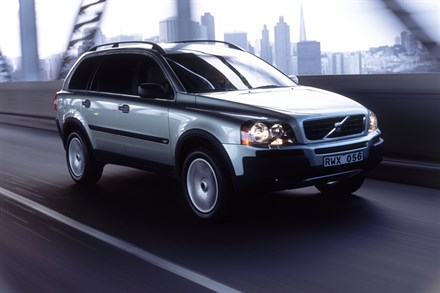 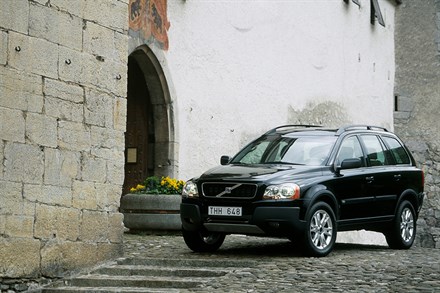