"The new Volvo XC90 challenges the premium segment for SUVs"

The launching of Volvo XC90 is an integral part of Volvo Car Corporation’s plan to secure a profitable growth year after year.

The goal is selling 50,000 Volvo XC90s per calendar year. Approximately 65 percent of these will be sold in North America. Europe represents approximately 25 percent and the rest of the world, the remaining 10 percent.

A growing segment in Europe
In Europe, the SUV is traditionally a niche vehicle, but it has gained popularity during the last few years, partly due to newer, smaller ‘sedan-looking’ SUV-concepts.

The segment has so far been dominated by Mercedes ML and BMW X5 which represent approximately 60 percent of all sales. In the premium segment, one also finds Land Rover Discovery, Jeep Grand Cherokee, and Lexus RX300.

A Golden Opportunity
Volvo enters into this expansive segment with great confidence:

"We have a golden opportunity in Europe. The segment is expanding, and we enter the market with a very distinct product. The Volvo XC90 takes the premium segment for sedan based SUVs into a whole new dimension. It is the first in a new generation of SUVs. A unique offer, which our competitors can not match at the moment", Hans-Olov Olsson says.

"We are aiming at 200,000 cars per year in North America, within the next 3–4. So far, we have developed in the right direction. We do, however, need an SUV in order to reach 200,000 and that role will be played by the Volvo XC90", Vic Doolan, CEO for Volvo Cars of North America says.

The American premium segment for SUVs was created in 1997 when the Mercedes ML hit the market. Since then, BMW X5, Lexus RX300, and Acura MDX has expanded the segment, and these are all main competitors of the Volvo XC90. Simultaneously, the segment is expanding rapidly, and it is predicted to pass the 250,000 mark during 2005.

"Recent market analyses in The United States show that the customers view an SUV as a natural development for Volvo. It also compliments the Volvo XC70 perfectly. They are different cars marketed to different buyers, so they are not competing over the same customers", Vic Doolan says.

Keywords:
XC90 (2002-2014), Corporate
Descriptions and facts in this press material relate to Volvo Cars' international car range. Described features might be optional. Vehicle specifications may vary from one country to another and may be altered without prior notification.
Media Contacts
Related Images
May 06, 2002 ID: 7361 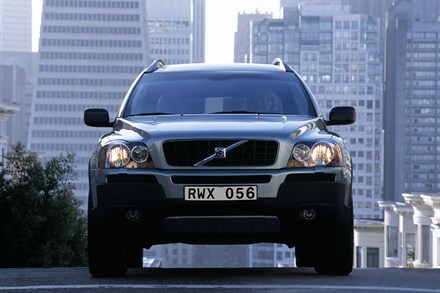 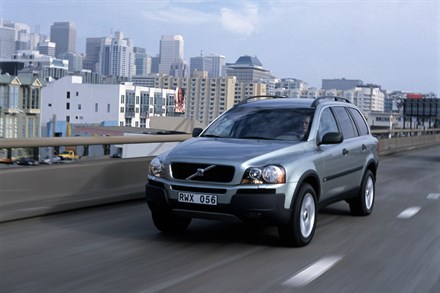