The Volvo XC70 D5 combines the new D5 diesel engine and electronically controlled all-wheel drive. This offers major benefits for the driver, especially when it comes to drivability and take-off at low revs.
The D5 turns a new leaf in Volvo Cars’ engine history. This advanced new common-rail unit is the first diesel engine produced by the company in-house – and evidence of just how important it is for Volvo Cars to be able to offer a modern diesel engine in the premium segment.

Aluminium for low weight
One obvious parameter in the design brief was to utilise one of the most compact and strongest engine blocks on the market: Volvo’s own 5-cylinder aluminium block, which was originally launched in the Volvo 850 in 1991. This block was designed and dimensioned from the very outset to be able to accommodate diesel power.

Since the cylinder head too is made of aluminium, the Volvo D5 weighs just 163kg without gearbox – a major benefit since low weight plays a major role in ensuring high performance and low fuel consumption.

Since the Volvo D5 is a transverse in-line engine that is relatively narrow, it contributes considerably to crash safety. The compact engine leaves maximum possible space for the all-important crumple zone.

Generous torque
The new Volvo D5 produces higher torque than the most powerful 5-cylinder petrol engine in the Volvo Cars range. What is more, this high torque is available at even lower revs.

This means there is plenty of power on tap, irrespective of engine speed and driving style – driving enjoyment was top of the list of priorities in the development of the new Volvo D5.
The Volvo D5 produces 163 hp (120 kW) at 4000 rpm, which in a Volvo XC70 D5 gives acceleration from 0 to 100 kph in 11.5 seconds. Top speed is 195 kph.

Automatic transmission is standard. This is a five-speed transmission, electronically controlled to adapt to the driver’s personal style of driving. It has a "W" setting for slippery or winter driving conditions, plus a lock-up function, which reduces fuel consumption at constant speed. A manual gearbox will be available during the second quarter of 2003.

VNT turbo and common rail
The major source of this engine’s enormous reserves of torque, 340 Nm, is the turbocharger, which is of the VNT or Variable Nozzle Turbine type.
With this system, the turbine on the intake side has movable guide vanes that change position to provide optimum flow conditions and a high turbine efficiency rating, throughout the engine speed range. This permits high boost pressure from low engine speeds, and thus a flatter torque curve and higher power output.
The movable guide vanes are controlled by the engine management system, adjusting gas flow to the turbine to ensure optimum efficiency. The result is that the engine responds instantly to the throttle, providing excellent drivability.
The turbocharger is cooled by the engine oil.

Common-rail technology plays a vital role in modern diesel engines. The common-rail system adopted in the new Volvo D5 is a second-generation development, featuring a higher pressure and load-responsive volume and pressure control.
This makes it one of the most modern and advanced systems in the automobile industry today.

The amount of fuel and the injection timing are controlled electronically by fast-acting solenoid valves. Fuel is injected directly into the cylinders under exceptionally high pressure, up to 1600 bar.

The result is extremely finely atomised fuel, ensuring that combustion is as efficient as possible, while at the same time minimising emissions of nitrogen oxides (NOx) and particulates.
In order to further reduce exhaust emissions, the Volvo D5 is equipped with the very latest advances in EGR (exhaust gas recirculation) technology. With this system, some of the exhaust gases are returned to the combustion system, further reducing emissions of nitrogen oxides.

Increased efficiency and precision are achieved with the fast-acting EGR valve, which is directly electrically operated. The recirculated exhaust gases are cooled in a special EGR cooler before being mixed with the intake air.
This advanced EGR system sharply reduces NOx emissions, while retaining high fuel efficiency. The EGR cooler itself provides a further 7% reduction in nitrogen oxides compared with a system without cooling.

Electronically-controlled all-wheel drive
The Volvo XC70 D5 is equipped with electronically controlled AWD. The system has been developed in collaboration with one of the pioneers in this field – the Swedish company Haldex.

The electronically controlled AWD system is intelligent. It senses what condition the car is in and what the driver wants. This information provides the basis for whether and how the system is to act.

By comparison with the earlier Volvo all-wheel drive systems based on a viscous coupling differential, the new AWD system is much swifter in its response. It only needs one of the front wheels to start to slip by a seventh of a single wheel revolution for the system to divert more power to the rear wheels.

Better traction on difficult surfaces
This means that the new AWD system provides much better starting traction on difficult surfaces, minimising the risk, for instance, of the front wheels digging into soft sand. The ‘heavier’ the driving surface, e.g. wet sand or mud, the greater the difference and the advantages compared with the earlier system.

Normally anything between 5 and 65 per cent of the power is delivered to the rear wheels, depending on the driving conditions. Changes in the amount of power diverted to the rear wheels take place extremely quickly but smoothly, without the driver even noticing.

Communicates with other systems
The AWD system is connected to the Multiplex system in the car. As a result, it communicates with the other systems in the car in order to optimise all-wheel drive at all times to match the driving situation. This digital communication involves the Traction Control System (TRACS), for example.
It is also possible to equip the Volvo XC70 with DSTC (Dynamic Stability and Traction Control).

The unit can be regarded as a hydraulic pump where the housing and the ring-shaped piston are connected to one axle, while the piston control unit is connected to the other axle. When both axles are rotating at the same speed, no pumping takes place. As soon as a difference in speed arises, the pumping and flow of oil start. As it is a piston pump, the response is virtually instantaneous, without any delay due to slow pumping.
Oil is supplied to a clutch piston which compresses the clutch stuffing box and consequently reduces the speed difference. The oil returns to the reservoir via an adjustable throttle valve which controls the oil pressure and therefore the pressure on the clutch stuffing box.
The electronic control means that the clutch can be adapted to different driving situations.

Another advantage of the electronically-controlled AWD system is that it does not require special consideration in specific situations. Towing and tyre-changing, for example, can be carried out as normal.

Growing diesel share
Volvo Car Corporation’s 2002 target is 65,500 diesel cars in the large-car segment. This will bring the diesel share of all large Volvo cars sold in Europe to over 40 per cent.
A competitive diesel engine is nothing less than a matter of survival in Europe. In 2002, 40 per cent of all cars sold in Europe will be diesel cars. This figure is forecast to increase to 46 per cent by 2005.
There is considerable demand in all segments, although it is found primarily in those segments where the Volvo XC90, S80, V70, XC70 and S60 compete. The combination D5 and AWD is available in the Volvo XC90, XC70 and V70.

The largest markets
Germany is the largest diesel market for Volvo Cars, with sales of 14,000 large diesel-engine cars expected there in 2002. Germany is followed by Italy with 10,600 cars, the UK with 7,000, Belgium and Sweden with 6,000, Spain with 5,400 and France with 5,200 cars.
In France 92 per cent of all large Volvos sold will be diesel cars, while Belgium and Italy will exceed the 80 per cent mark. Austria has a 77 per cent diesel share, followed by Portugal with 73 per cent.

Powerful entry
"Our Cross Country family consists of two models: the Volvo XC90 and the Volvo XC70. It’s extremely important to have a good diesel engine in this category. And since our latest engine has already convinced the market that we are among the best when it comes to diesel technology, we expect the diesel versions of the XC90 and XC70 to be very successful," concludes Hans-Olov Olsson, President and CEO of Volvo Car Corporation.

Keywords:
XC70 (2007)
Descriptions and facts in this press material relate to Volvo Cars' international car range. Described features might be optional. Vehicle specifications may vary from one country to another and may be altered without prior notification.
Media Contacts
Related Images
Aug 08, 2002 ID: 7405 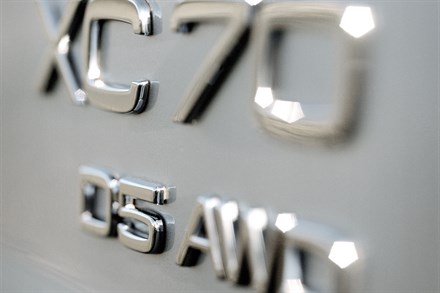 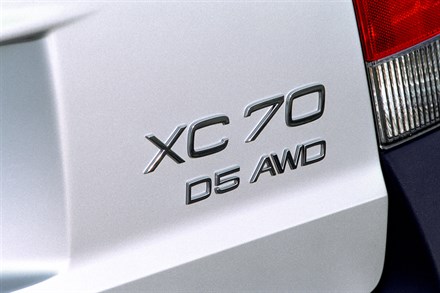 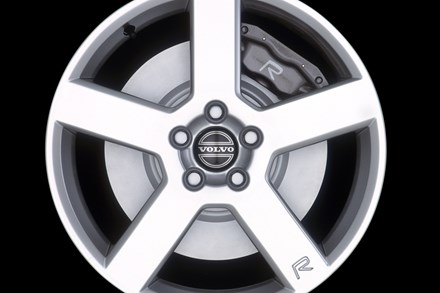 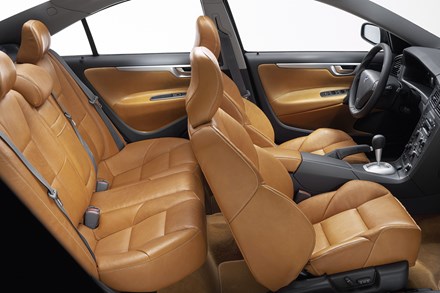