"With Volvo Cars’ new D5 diesel engine, we have shown that it’s possible to develop new engines in much less time than before and proved that we can hold our own against competition from other engine manufacturers worldwide, says Thomas Andersson, who heads the Volvo Cars Engine Plant in Skövde.
Time is an important factor (if not the only factor) in the ultimate cost of a project. Of the 2 billion SEK or so it has cost Volvo Cars to develop the D5 engine, only 250 million SEK has been invested in the engine plant itself.

When the Neon project started up at the end of 1997, a new five-cylinder diesel engine was part of the assignment given to Volvo Cars’ engine specialists at design and production. Being able to build a diesel engine on the same basis as the petrol engine was one of the conditions for keeping costs down, without jettisoning into
the process modern technical solutions such as a common rail and the casting of the entire engine, including a new cylinder head in aluminium.

No extension to the plant
We knew that if we needed to do any building work, the project would fall through, adds Thomas Andersson.

In other words, extending the Skövde plant was out of the question. The diesel engine had to be capable of being produced on the existing premises and investment, as far as possible, was to be made in standard machines instead of specially built ones.

The lead time from decision to the start of production was short. The final decision was taken by Volvo Cars Board in December 1998, two months, that is, before Ford Motor Company acquired Volvo Car Corporation. The target was to have the engine in production by July 2001. This timetable was also kept to, although it was not possible to speed the project up further without risking quality problems.

New production line
At the Volvo Cars Engine Plant in Skövde, a completely new assembly system for diesel engines has been created. On top of this, a brand-new production system for the cylinder heads is in place and at the daughter plant in Floby, about fifty kilometres from Skövde, it has proved possible to adapt a production line for the manufacture of connecting rods for the diesel engine.

The fact is that in many cases we’ve gone back to manual production in a number of sub-operations, says Thomas Andersson, the proviso being that these operations can be correctly designed from an ergonomic point of view.

By streamlining the manufacture of petrol engines, areas for diesel production have been created. Existing production equipment used for petrol engines has been modified and its re-use made possible.

Expertise and experience
One of our strengths was being able early on in the project to involve operators and fitters from production. With their expertise and experience, they have been able to make a constructive contribution at an early stage, says Tor Larsson, proj-ect
leader for the engine plant.

This, coupled with the use, among other things, of computer-simulated engines even before the first engine existed and the building of engines in a virtual 3-D environment, has shortened the time between testing and production. In addition, this method has paved the way for being able to handle future capacity increases
effectively and in a rational manner from a cost point of view.

The production of diesel engines in Skövde is geared up to fulfil a capacity of 50,000 engines a year, which can be stepped up progressively to produce larger volumes.

Capacity 400,000
The Volvo Cars Engine Plant in Skövde today has an annual capacity of about 400,000 engines. The manufacture takes place of four-, five- and six-cylinder petrol engines for Volvo’s product range. Using the same system, the plant can produce a large number of different engines with no need for expensive retooling. Thanks to this flexibility, Volvo Cars can be provided with a large number of different engine alternatives in a rational and cost-effective manner.

Environmental awareness
Production fulfils by a wide margin all the requirements imposed by environmental authorities on plants of this kind. Cutting fluids are cleaned and re-used, aluminium swarf is separated and remelted and the water discharged from the plant is treated to the extent that it is fully usable. Waste is separated as far as is practically feasible.

Keywords:
Old S60, S80 (2007), V70 (2007), XC70 (2007), XC90 (2002-2014), Manufacturing
Descriptions and facts in this press material relate to Volvo Cars' international car range. Described features might be optional. Vehicle specifications may vary from one country to another and may be altered without prior notification.
Media Contacts
Related Releases 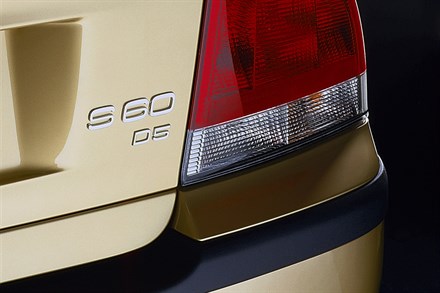 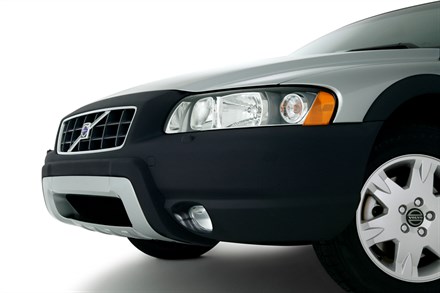