The Volvo YCC (Your Concept Car) is celebrating its first birthday in March 2005. And for a one-year-old it is exceptionally well travelled.
Its international debut at the Geneva Motor Show in March 2004 was just the beginning of a remarkable world tour which has taken in 18 major cities to date, always in the company of two out of the nine women of the original project team.

The Volvo YCC was designed and developed by an all-female team. The project has attracted a phenomenal amount of media coverage – the number of column inches devoted to the car and its creators in 2004 added up to nearly two kilometres.

The media response has been overwhelmingly positive. Out of 3,700 articles, 62 per cent were positive, 35 per cent neutral and less than three per cent were negative.

“A lot of commentators were surprised to find that we had come up with a car which was so sporty and appealing, besides containing so many solutions to real problems drivers face all the time,” says Anna Rosén, who designed the YCC exterior.

But finding out what these same commentators actually expected of the project has proven much more difficult.

Over half of Volvo Cars’ customers in the United States are women, and the percentage of female customers is also growing steadily in Europe and elsewhere in the world.
“We wanted this car to reach a much wider audience than usual – to gain a response from people who never read motoring magazines at all, says YCC communications manager Tatiana Butovitsch Temm.

As a concept car, the Volvo YCC is a one-off – the only one of its kind, built to show what the future may hold in car design.
“It is packed with intelligent solutions. The most popular of these are the ones which stand the best chance of being seen in future production models,” says technical project manager Elna Holmberg.

Over 2,500 people were polled on what they thought were the best features of the Volvo YCC. The results of this survey confirm the assumption on which the YCC project was based: if you meet the expectations of women, you exceed the expectations of men.

The entire development of the YCC was based on this principle. Market research had shown that female buyers in the premium segment want everything that male ones want in terms of performance, prestige and style, but that they want more too. Women have a longer wish-list for their cars, which makes them the most demanding customer category of all.

Five most popular features of the YCC – women:
1. The storage compartments between the front seats
2. Run-flat tyres
3. Easy-Clean paintwork
4. Windscreeen washer filling point at the side of the car
5. Doors which open automatically

Five most popular features of the YCC – men:
1. Easy-Clean paintwork
2. The storage compartments between the front seats
3. Run-flat tyres
4. Windscreeen washer filling point at the side of the car
5. Lockable storage in the door jambs

Keywords:
YCC, Concepts
Descriptions and facts in this press material relate to Volvo Cars' international car range. Described features might be optional. Vehicle specifications may vary from one country to another and may be altered without prior notification.
Media Contacts
Related Images
Feb 17, 2004 ID: 8289 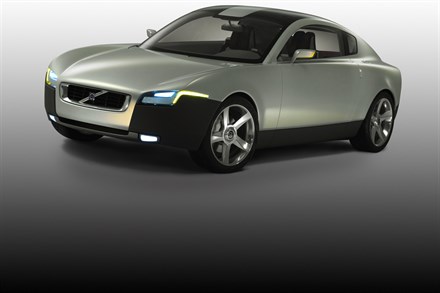 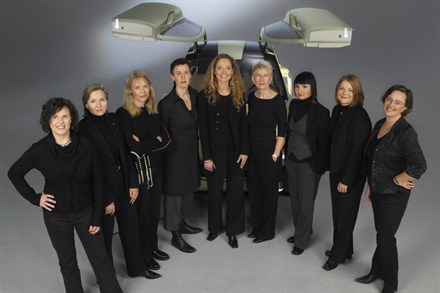 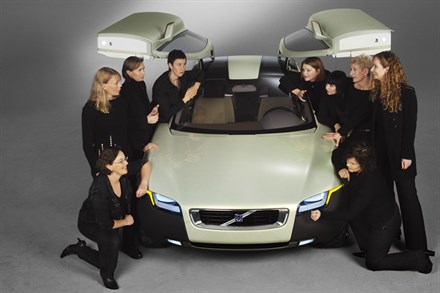