2004 was an excellent year for Volvo Car Corporation. Thanks to a ten percent rise in total sales, 2004 reached a new record level at 456,224 sold cars. The previous record of 422,100 from 2000 was thus beaten by a wide margin.
“2004 was characterised by consistently strong sales successes and the road to last year’s record has been both exciting and very encouraging. The magic ceiling of 450,000 cars has finally been passed and we feel that our long-term goal of 600,000 cars a year is finally within reach”, says Hans-Olov Olsson, President & CEO of  Volvo Car Corporation.
All the markets, with the odd exception, have done very well and significantly increased both their sales volumes and market shares. This applies in particular to the high-volume markets of North America and Europe. There were innumerable sales records in 2004. Towards the end of the year, European sales increased by no less than 30 percent.
(Figures in brackets indicate 2003 sales.)

Nordic markets keep market share lead
A total of 71,547 (64,705) new Volvo cars were sold on the Nordic market. Volvo Cars’ second-largest market in volume terms is still Sweden. A major upswing during the last few weeks of the year put total sales at 51,464 (47,928), an increase of seven and a half percent over the previous year, which resulted in the company maintaining its market share of 20 percent.
Norway accounted for the largest percentage increase of all the Nordic countries, with a sales rise of 53 percent. In terms of volume, this corresponded to 6,494 (4,241) cars. In Finland, 10,076 (9,284) new Volvos were sold while in Denmark, the figure was 3,513 (3,252).
The top three markets in terms of market share are the Nordic countries, in order of priority Sweden 20.1 percent, Finland 6.8 percent and Norway 5.6 percent.

Japan against the trend and Asia Pacific steady
Japan is the only major Volvo market that bucked the sales trend last year. This can be partly explained by the fact that introduction of the new S40 and V50 was delayed and thus impacted on overall sales. Sales in 2004 totalled 13,919 (14,755), a drop of 5.7 percent.
The countries in the so-called Asia Pacific area, Oceania and South-East Asia have all maintained their positions without any dramatic changes. The expected upswing in China – forecast by the market as an emerging growth market – slowed down somewhat in the second half of the year and the final result was 2,609 (2,516) cars.
All told, the VCAP markets accounted for 13,152 (12,065) new Volvo cars.

VCOC  growing
The other overseas markets administrated by the Volvo Car Overseas Corporation (Central and South America, Africa, the Middle East, the former Soviet republics and others) varied considerably in terms of volume and growth. The total figure was 16,679 (13,838) cars. The group’s largest markets in terms of volume are Russia and South Africa.
Russia maintained its sales volumes from the previous year with 5,005 cars against 4,991 in 2003, and it also retained its 20 percent share of the segment. South Africa’s 4,602 (3,111) new cars, on the other hand, represent a massive 47.9 percent increase.
Turkey was responsible for an even larger percentage increase last year. 1,971 sold Volvo cars in 2004 means an increase of no less than 57.9 percent over the previous year.

XC90 – the best-selling Volvo model
Already during its second full calendar year on the market, the Volvo XC90 became the company’s best-selling model. Thanks to the enormous sales successes of the XC90 during its first year, a decision was taken about a year ago to increase the rate of production from about 65,000 to more than 90,000 XC90s a year, with sales in 2004 reaching a total of 84,032 (62,177) cars. Together with the recently introduced V8 engine, sales in 2005 will hopefully exceed 100,000 cars.

AWD has become a huge success for Volvo’s cars. In 2004, no less than 143,000 AWD Volvos were sold, which means that virtually one in three Volvos sold has four-wheel drive.
The new S40 and V50 models sold very well last year. More than 100,000 were delivered to customers around the world in 2004.

The five best-selling Volvo models in 2004 were:

Production in 2004
May 2004 saw production of the previous medium-size S40 model and its V40 estate version come to an end at the NedCar factory in Born, Holland. Volvo Cars thus ceased its 32 year long operation in the Netherlands. The last car made, which incidentally was the millionth in the S40/V40 series, was a V40 that was donated to charity.

Volvo Cars’ main production is now concentrated in the company’s two factories in Torslanda in Göteborg (which celebrated its 40th anniversary in 2004) and Ghent in Belgium, where the new S40 and V50 models are made. Both these factories have implemented major production increases over the past year and will face the future with even greater production capacity. Torslanda may well even initiate a third shift. At present, the capacity limits are 190,000 in Torslanda and 270,000 in Ghent. The long-term goal is for each factory to be able to handle 500,000 cars a year if demand requires.

The Uddevalla factory, where the Volvo C70 convertible is made, is now owned and operated by a jointly owned company, Pininfarina Sverige AB, where Pininfarina owns 60 percent of the shares and Volvo Cars 40 percent. This is where Volvo’s next generation convertible will be manufactured.
In addition to these factories, Volvo Cars has assembly facilities in South Africa, Thailand and Malaysia.
Volvo Cars manufactured a total of 460,000 cars in 2004.

Just over every second Volvo car sold in Europe is now powered by a diesel engine. In 2004, Volvo Cars expanded its diesel engine range with two variants, both with four cylinders and with displacements of 1.6 and 2.0 litres respectively. Both engines are the result of joint development with Ford/PSA.
The Skövde engine factory announced in December that Ford Motor Co will locate production of the four-cylinder 2-litre version there. In return, Volvo’s six-cylinder petrol engine, previously made at the Skövde factory, will be transferred to Ford’s Bridgend factory in Britain.

The year of the concept car successes
In 2004, Volvo Cars presented no less than three concept models. The one that generated the most headlines was Your Concept Car – YCC. This car, which was planned and developed by a group of women engineers at Volvo, was unveiled to the world at the Geneva motor show. With its gull-wing doors and innovative technical and design solutions, it took the world by storm.
Just like its name sounds, the tandem car places its occupants one behind the other. It was shown in connection with an event in May at the Volvo Monitoring & Concept Center in California, and is a feasible future electric-car concept for commuters in increasingly congested and environmentally vulnerable metropolitan areas the world over.
Environmental consideration and dependable mobility for the future were also the theme of the 3CC, a three-seat electric car with an outright sporty character, where environmental suitability and safety were coupled with thrilling design and entertaining driving properties. The 3CC was shown in connection with the Michelin Challenge Bibendum eco-car competition in Shanghai, and it took home no less than five gold medals and the prize for best design.

Product news in 2004
Concrete model news in 2004 included upgrades of the S60, V70 and XC70 for model year 2005. Unveiling of the updated models coincided with presentation of BLIS – a system that monitors the car’s blind spots, alerting the driver if there are vehicles already there or approaching from offset rear. Thanks to BLIS, overtaking and lane changes can be both safer and smoother.
At the Paris motor show in September, Volvo Cars revealed an entirely new 4.4-litre V8 engine with a power output of 315 hp for installation in the XC90, primarily for the US market. The engine is characterised mainly by its compact dimensions, its fuel efficiency and refined technical solutions for low emissions.

Towards the end of 2004, Volvo Cars indicated that within one year, both the S40 and V50 will be made available on the Swedish market as Flexifuel models running on E85 fuel (85% ethanol/15% petrol). In parallel, the S60, V70 and S80 models will continue to be offered in Bi-Fuel configuration on several European markets.

“The strength of the Volvo brand is immense and it is continuing to grow. The respect with which Volvo Cars is met and the determination, enthusiasm and dedication that characterises the company’s operations all help make my job one of the most rewarding in the world”, concludes Hans-Olov Olsson.

Many awards for Volvo cars
Volvo cars have been awarded many international prizes and awards during 2004.
A selection:

Keywords:
Sales Volumes, Corporate
Descriptions and facts in this press material relate to Volvo Cars' international car range. Described features might be optional. Vehicle specifications may vary from one country to another and may be altered without prior notification.
Media Contacts
Related Images
Oct 27, 2004 ID: 8849 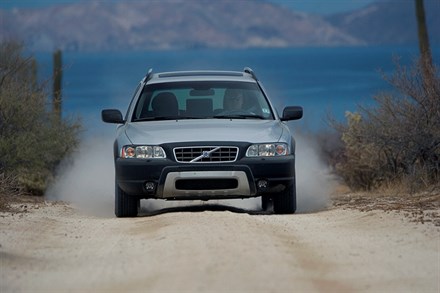 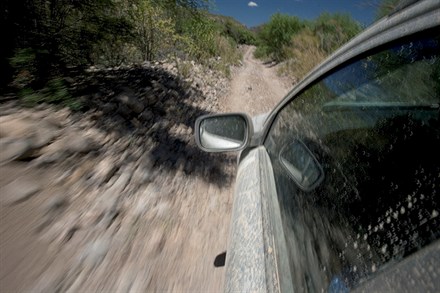