Thed Björk secured his and Volvo Polestar Racing's third straight victory on home grounds in Gothenburg during a chaotic race in front of more than 10,000 spectators.

"It is among the hardest things for a racing driver to drive on slicks on a wet track, but our strategy payed off! To take my third straight win at the home circuit of Volvo and Polestar feels great, I am overjoyed," said Björk.

Thanks to a strategic choice of slick tyres on a drying track, Björk was able to secure a decisive win together with Volvo colleague Robert Dahlgren in second position. The Volvo duo lost a lot of ground in the first part of the race when the track was wet, only to quickly gain on the drivers ahead in the second part of the race and getting past to the cheer of the spectators.

"I was pushing hard in the question to chose dry tyres and it wasn't many laps until the choice felt obvious. Unfortunately I got a slow puncture during the race which made the car hard to drive. But another podium feels great, our plan to be on the podium in each race continues to work well!" said Dahlgren.

Changeable weather conditions with sudden downpours that were combined with sunshine made it difficult for the STCC drivers and teams to chose the settings and tyres on the car. Fredrik Ekblom chose wet tyres and dropped to ninth.

"There isn't too much to say about the race, we chose the wrong tyres and lost a lot of time. I am already deep in the thoughts for the coming race," said Ekblom.

Prince Carl Philip Bernadotte had a strong race to finish tenth and secure his first ever STCC points.

"I am really pleased! It was challenging to drive on slick tyres on the wet track at the beginning of the race. But the feeling was great when I started to gain ground and extra nice to claim my first points on such a challenging circuit and weather conditions," said Prince Carl Philip Bernadotte.

Linus Ohlsson impressed in qualifying by securing the second fastest time overall, just 85 thousands of a second from pole position and a mere thousand of a second ahead of Björk in third. But the tyre choice and a penalty made Ohlsson drop to 11th position.

"It was unfortunate as things went so well in the first part of the race. But the tyres didn't last when it got dry and my penalty after my battle with Larsson is something I don't agree with. We were alongside each other for several corners and he went past me. But, anyhow, there is a new race in two weeks!" said Ohlsson.

Björk has extended the championship lead to 21 points over Richard Göransson and Volvo pulls away from BMW with a lead of 36 points in the manufacuters' championship.

"Once again Volvo Polestar Racing has delivered on the very top level despite challenging weather conditions and hard pressure from BMW. Thed, Robert and everyone in the team has done an excellent job this weekend," said Derek Crabb, Motorsport Director of Volvo Cars.

STCC continues in two weeks at Falkenberg on July 13th.

Keywords:
Motorsport
Descriptions and facts in this press material relate to Volvo Cars' international car range. Described features might be optional. Vehicle specifications may vary from one country to another and may be altered without prior notification.
Related Images
Jul 01, 2013 ID: 49871 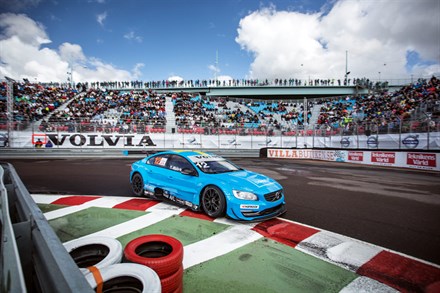 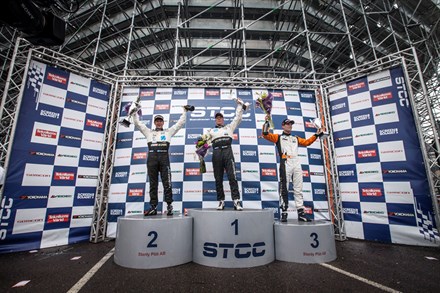