Volvo Polestar Racing and Robert Dahlgren had a strong but frustrating WTCC (World Touring Car Championship) weekend at Suzuka in Japan with third in qualifying, retirement in race one and a fighting fifth in race two.
"The retirement was frustrating but I am really pleased that we have been able to show that we have the pace to fight for top three," said Dahlgren.

Despite never having seen the track before, Dahlgren claimed third on the start grid, just 0.069 seconds from pole position. But things would get a dramatic turnover in race one as Dahlgren was pushed off in to the barriers in the first corner, forcing the Volvo driver in to retirement. Despite major damage, the Volvo Polestar Racing team managed to get Dahlgren out in time for the second race with frantic repairs.
"The guys worked like heros and managed to give me a car that was fast enough for a podium finish despite only having a few minutes of repair time," said Dahlgren.

"I was faster than the guys ahead of me, but it was not easy to pass on this track. While I wanted a trophy from this weekend, I am still happy overall and my expectations are high for the coming races," said Dahlgren.

"Our team has done a remarkable job. It was just a few months ago that we arrived to the premiere at Curitiba as the championship newbie and we were more than a second off over a lap. From there onwards, the team has done solid progress with the chassis, developed a completely new 1.6 liter turbo race engine, perhaps the strongest in the championship, and we are currently fighting for pole within a few thousands of a second. We are heading to Shanghai with confidence and ambition to fight for a podium finish," said Alexander Murzevski Schedvin, Motorsport Commercial Director at Volvo Car Corporation.

Keywords:
Motorsport
Descriptions and facts in this press material relate to Volvo Cars' international car range. Described features might be optional. Vehicle specifications may vary from one country to another and may be altered without prior notification.
Media Contacts
Related Images
Oct 24, 2011 ID: 40847 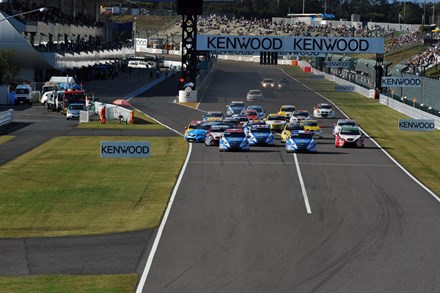 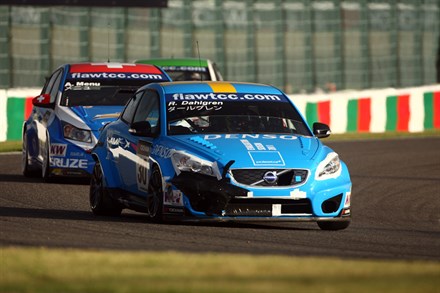