Victory in first and last STCC race for Volvo

Volvo won the first ever Scandinavian Touring Car Championship (STCC) race in 1996 and Robert Dahlgren secured the last ever victory in the season finale of STCC 2011 at Mantorp Park - 16 years later - Volvo's very last STCC race.
"It feels great to claim the final STCC victory for Volvo. This is also extra emptional for me as I claimed the first and last STCC victory with the C30, a car that I have been involved in with the development work from start to finish," said Dahlgren.

Tommy Rustad had a tough weekend at Mantorp Park but secured the bronze in the drivers championship.
"The final wasn't perfect for me. But third in the championship is alright keeping all incidents during the season in mind. Volvo Polestar Racing has done an amazing job this year and the car has never been better," said Rustad.

Volvo Polestar Racing secured silver in the teams championship thanks to the strong efforts of Rustad and Dahlgren during the past season.

"We are very happy over the victory in the final race and the fact that we claimed silver in the teams championship. It is a good framing of the very successful 16 years that we've had in STCC," said Christian Dahl, team manager of Volvo Polestar Racing.

The victory was Volvo's 74th STCC victory and the 166th podium finish, confirming Volvo's position as the most victorious manufacturer in the history of STCC. Volvo and Polestar Racing leaves STCC for 2012 and moves on to the new championship Swedish Racing League by TTA.

"Having ended our STCC programme with a victory, we look forward to an exciting future with SRL by TTA," said Derek Crabb, Executive Director for Motorsport at Volvo Car Corporation.

Keywords:
C30, Motorsport
Descriptions and facts in this press material relate to Volvo Cars' international car range. Described features might be optional. Vehicle specifications may vary from one country to another and may be altered without prior notification.
Media Contacts
Related Images
Sep 26, 2011 ID: 40429 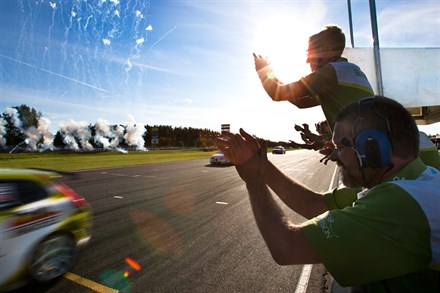 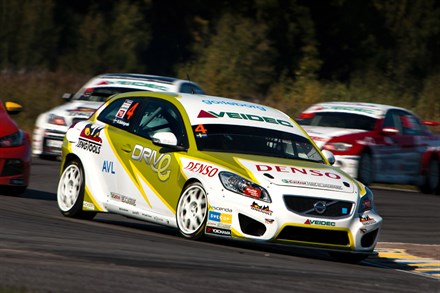