Professor John Schellnhuber has been awarded the 2011 Volvo Environment Prize. He is a world-leading researcher within the complex research field of sustainability science dealing with factors that impact at the global environment.

The statement by the jury for the Volvo Environmental Prize notes: "In the creation of diverse, interdisciplinary research that can take on the most frightening climate challenges facing humanity, there is no one better than John Schellnhuber to contribute with international leadership in the development and application of scientific findings for politicians and decision-makers." Studying the environment at the global level is one of the most rapidly growing areas in environmental research. In recent decades researchers have gradually come to the realization that human activity has a strong impact on the global climate. This has led to climate-related problems adopting a radically new profile, a key aspect of which is taking account of human activity.

Professor John Schellnhuber is Director of the Potsdam Institute for Climate Impact Research (PIK) , a publicly funded scientific institution characterized by its interdisciplinary approach and policy relevance. He is also a Professor of Theoretical Physics at the University of Potsdam, outside Berlin, and External Professor at the Santa Fe Institute, USA. His interest in chaos theory led him into climate research and he was commissioned by the German government to build up the research institution that became PIK. His contribution to the science of global sustainability has made him a world leader in this complex research field.

"He has applied the rigorous, quantitative background to Earth System science", says the statement by the jury of the Volvo Environment Prize. Schellnhuber thereby set the stage for the international development of this discipline. It's he who developed concepts like the "tipping elements", describing elements of the Earth system whose state could be profoundly altered by human interference, or the use of the "burning embers diagram" illustrating risks of climate change. As chairman of the German Advisory Council on Global Change he was in charge of a report that laid down the basic ideas of the 2-degrees-target for limiting global warming, which states that if the world average temperature rises beyond two degrees the world is no longer safe to live in -an idea later taken up by politicians worldwide.

Research into global environmental impact is not only linked to the large number of specialized research areas but also to politics. John Schellnhuber has worked for many years on building bridges between science and politics in order to come to grips with the problem of long-term sustainability. This has included acting as an advisor to German chancellor Angela Merkel, former British Prime Minister Tony Blair, EU-President Manuel Barroso and others.

Professor Schellnhuber has also taken the initiative for an unprecedented biannual conference series with the title Global Sustainability - A Nobel Cause, bringing together Nobel Laureates from different disciplines with leading experts in sustainability research to discuss ways forward towards a sustainable future. This year's Nobel Laureates' memorandum had been handed over to the UN Secretary General's High Level Panel on Global Sustainability and will be fed into the preparation process of Rio+20.
Climate research is highly complex, just as the climate itself. But John Schellnhuber remains optimistic:
"I have studied chaos theories, and the methods for working on complex relationships are rapidly improving. We are thus becoming better at projecting the consequences for the global environment at an early stage."

The Volvo Environment Prize is an annual award given to people for outstanding scientific discoveries or inventions within the area of environment and sustainable development. The prize is funded by Volvo but awarded by an independent foundation. The prize consists of a diploma, a glass sculpture and a cash sum of SEK 1.5 million (approx. EUR 170,000 or USD 235,000). Since the first award, there have been 38 winners, all pioneers within the field of sustainable science among them many famous names, including three Nobel Prize winners.

For more information about the Volvo Environment Prize: www.environmentprize.com

Keywords:
Environment
Descriptions and facts in this press material relate to Volvo Cars' international car range. Described features might be optional. Vehicle specifications may vary from one country to another and may be altered without prior notification.
Media Contacts
Related Images
Sep 08, 2011 ID: 40232 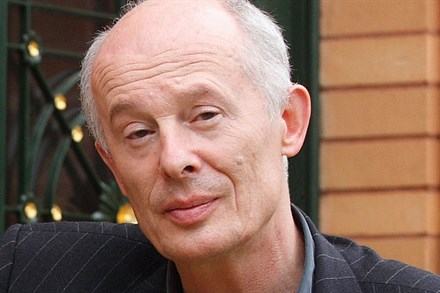