Volvo Car Corporation is taking the next step in active safety by developing a system that alerts and automatically brakes for animals on the road. The new system will be launched on the market in a few years' time.

The project to develop a safety system that reduces the risk of collisions with wild animals is part of Volvo Car Corporation's vision for 2020 - that nobody should suffer serious injury in a new Volvo. The new system is based on technologies from the Pedestrian Detection with Full Auto Brake, introduced in 2010.

Camera and infra-red light
"The system consists of two parts - a radar sensor and an infra-red camera that can register the traffic situation," relates Andreas Eidehall, technical expert in the field of active safety systems at Volvo Car Corporation.
It is essential for the system to also function in the dark since most collisions with wild animals take place at dawn and dusk and during the dark winter months. The camera monitors the road ahead and if an animal is within range the system alerts the driver with an audible signal. If the driver does not react, the brakes are automatically applied.
"The goal is for the system to function at the normal rural highway speeds. In cases in which it cannot help the driver entirely avoid the collision, the system will slow down the car sufficiently to help reduce the force of impact and thus of serious injuries," continues Andreas Eidehall.

Data interpretation
One challenge facing the engineers is to teach the system to recognise different animals. A development team from Volvo Car Corporation spent an evening at a safari park digitally logging film sequences of animals and their various behavioural patterns. On this particular evening the focus was on moose, red deer and fallow deer. By driving very slowly along a trail where fodder had been laid out to attract the animals, a lot of data was recorded and this will later be used to evaluate and develop the sensor system.
In the first stage, the system will respond to large animals that risk injuring the driver or passengers in an impact, such as moose, deer and reindeer.

As regards the system and its various functions, Andreas cannot be more specific. The project has been under way for just over a year and a lot of work still remains to be done. Various technologies are currently being evaluated, software is being developed and while the system "learns" to recognise various animals, development is also under way on the necessary decision-making mechanisms, that is to say how and when the protective system is to respond.
"We can see in our accident statistics that this is an important area to prioritise. What is more, we know that there is considerable market interest in this type of safety system. During demonstrations of Pedestrian Detection with Full Auto Brake, we were often asked about protection from accidents with wild animals. We will present a market-ready system within a few years," concludes Andreas Eidehall.

Keywords:
Safety, Technology
Descriptions and facts in this press material relate to Volvo Cars' international car range. Described features might be optional. Vehicle specifications may vary from one country to another and may be altered without prior notification.
Media Contacts
Related Images
Jun 10, 2011 ID: 38541 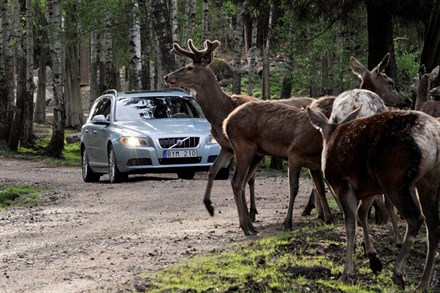 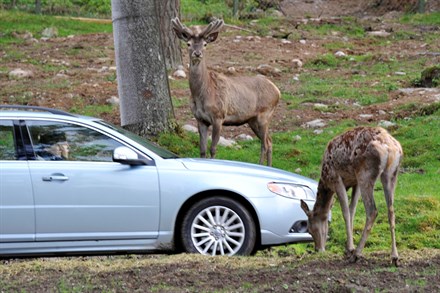 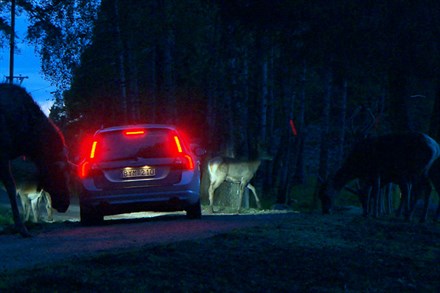 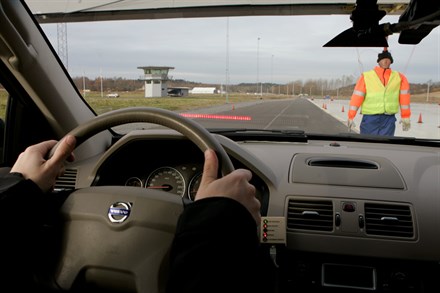