Volvo Polestar Racing driver Tommy Rustad advanced to third in the championship after a strong STCC weekend at Ring Knutstorp in Sweden.
"I am pleased with the weekend overall, we have strengthened our position in the championship and the car is better than ever," said Rustad.

The Norwegian secured second position in the first race and gained quickly on leading driver Fredrik Ekblom towards the end of the race.
"I am really pleased with the balance of the car; it has never been that good throughout the entire race despite carrying maximum ballast weight. I was faster than Ekblom and that is promising for the rest of the season, especially as Knutstorp is not a good track for our car," said Rustad.

Team mate James Thompson had a tough weekend. The Brit was hit in the first race and had to retire, forcing him to start last in the second race.

"It has been a tough weekend, I was of course hoping for better results. The positive thing is that we have a strong car and that we are making progress with settings that fit my driving style," said Thompson.

Rustad has moved up to third in the championship, just one point from second and eleven points from the lead. Volvo Polestar Racing continues to hold second in the teams' championship.

"Our position so far in the championship is better than what we expected for the two first races, with tracks that normally do not suit our cars. We are going to benefit from these opening results later in the season," said Team Manager Christian Dahl.

Keywords:
Motorsport
Descriptions and facts in this press material relate to Volvo Cars' international car range. Described features might be optional. Vehicle specifications may vary from one country to another and may be altered without prior notification.
Related Images
May 09, 2011 ID: 37983 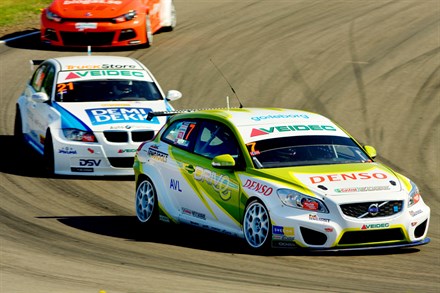 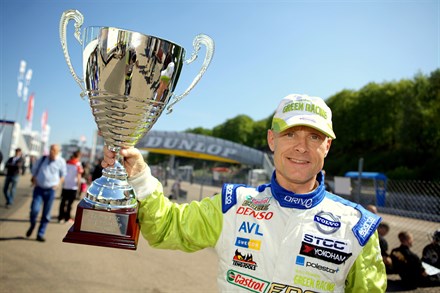 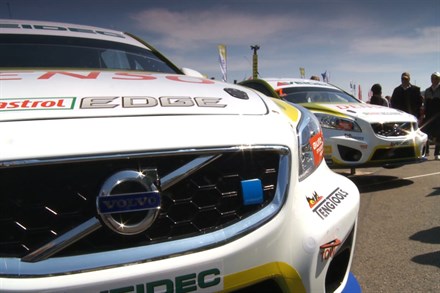