Volvo Car Corporation's aggressive product plan for the future creates a need to recruit up to 1,200 people within the next 12 months, mainly in Research and Development.
"We need to expand our operations to enable development of the highly competitive and fuel efficient products and technologies which are part of our growth plan", says Stefan Jacoby, President and CEO of Volvo Car Corporation.

The majority of the new recruitments will be engineers within Research and Development where the company needs among other things new competence in the field of electrification. Electrification of vehicles as part of advanced fuel efficiency technology is an area where Volvo Car Corporation is investing heavily. There is also a need for more people within areas such as Purchasing, IT and Marketing. Also in manufacturing there is a need to expand to manage the increased volumes which are planned for 2011 and ahead.

2010 was a turnaround year for the global car industry and Volvo Car Corporation has strengthened its position in several markets with increased market shares, much thanks to the globally successful XC60 model and the wide range of fuel efficient models. After the well received launch of the all-new Volvo S60 and V60 the next step is the introduction of the Volvo V60 as the first plug-in hybrid model on the car market.

During last year, Volvo Cars' global sales grew by 11.6 percent versus 2009 and the company delivered a profit for the full year. Also 2011 has taken off strongly with growth in both Europe and on the North American market. The manufacturing plant in Ghent, Belgium, is expected to reach new record levels in production volumes during 2011 and in the Torslanda plant in Gothenburg, Sweden, the line speed has been increased to meet the increased demand.

With its new ownership, Volvo Car Corporation has recently revealed that major investments will be made in new products and the industrial system in the coming years. The expansion of headcount within Research and Development and other areas is a first concrete example of these investments.

"This is one of the biggest recruitment projects that Volvo Car Corporation ever has carried out. The new engineers are needed to develop the technologies and car models which are part of the aggressive product plan that our board and executive management team has developed", says Björn Sällström, Senior Vice President Human Resources at Volvo Car Corporation.

In the Swedish operations the recruitments consist of up to 1,000 new people, of which 900 are engineers, mainly within Product Development. In Belgium, around 200 people will be recruited to the Ghent manufacturing plant.

Keywords:
Corporate
Descriptions and facts in this press material relate to Volvo Cars' international car range. Described features might be optional. Vehicle specifications may vary from one country to another and may be altered without prior notification.
Media Contacts
Related Images
Mar 29, 2011 ID: 37343 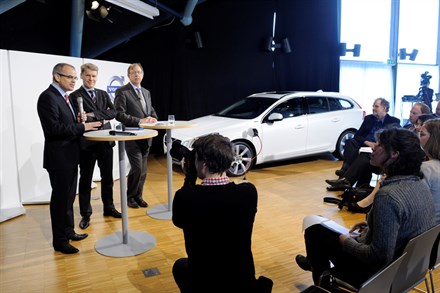 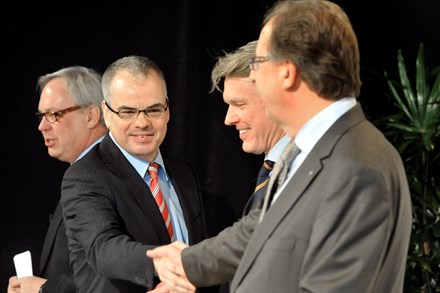