China's oldest professional golf championship, the Volvo China Open enters a new and exciting era with today's announcement that some of the world's best players have signed-up to play the US$2.5million event, to be staged at Souzhou Jinji Lake International Golf Club from 15th - 18th April 2010, confirming the status of the national golf championship of China as an emerging force in world golf.

Asia's first ‘Major' champion, Korean YE Yang has confirmed that he will play in China's open championship, as has 2008 World Cup of Golf winner Henrik Stenson from Sweden, who will join Yang on the gruelling flight from the US Masters in Augusta to be on the first tee at Soujou Jinji Lake International Golf Club on 15th April in search of the record first prize of US$416,660.

Yang turned world golf on its head late last year when he overhauled Tiger Woods to become the first Asian golfer to win a ‘Major' title, the USPGA Championship at Hazeltine National and now the 38-year-old Korean is looking to add the Volvo China Open to the eight titles he has already won worldwide.

"I always enjoy playing golf in China and have great memories of my breakthrough victory at the HSBC Champions in Shanghai in 2007 and I am honoured to be able to play in the national open golf championship of China, the Volvo China Open at Jinji Lake GC in Suzhou," said Yang.

"To become the first Asian golfer to win a ‘Major' by winning the USPGA Championship last year was a huge achievement and with success comes responsibility, an opportunity to help develop Asian golf on the world stage.

"I have heard great things about Suzhou in general and Jinji Lake International Golf Club in particular, and having won my own Korean Open in 2006, adding the Volvo China Open this year would be fantastic," continued Yang, explaining, "Any national open championship is something special and I will do my very best to repeat my HSBC victory on Chinese soil, although it will be tough with so many fine players in the field."

World number 11 Henrik Stenson, who, with compatriot Robert Karlsson won the World Cup at Mission Hills in 2008 had a top 20 finish in his only previous appearance in China's open golf championship in 2006.

"There is something very special about playing golf in China," says the Dubai-based Swede, adding, "There is a real sense of being part of an unstoppable momentum and Olympic inclusion for golf will surely spur-on Chinese golfers and redouble the efforts of China's golf leaders.

Being a Swede, I take pride in supporting Volvo's involvement in Golf in China. I still feel I have some unfinished business in the Volvo China Open, having left a few shots out there last time around, and I look forward to some great golf on the Gary Player-designed course, which is sure to be challenging."

Per Ericsson, President & CEO of Volvo Event Management welcomed the announcement of the groundbreaking Yang and current world number 11 Stenson, commenting, "That two of the leading golfers in the world are making the long and arduous journey from the US Masters to play in the Volvo China Open demonstrates the growing status of the event and the attraction of events with the words ‘open championship' in their title."

With a 14% increase in the Volvo China Open prize fund to US$2.5million, the 2010 champion will earn a record US$416,660, more than the entire prize fund just seven-years-ago and Ericsson justifies the prize-money uplift in a recession, saying, "Like any long-term development project, ongoing investment is essential and in a key market such as China, Volvo believes that marketing spend is even more important as the global economy recovers."

The event heralds the start of a new, long-term partnership between the China Golf Association, Volvo as title sponsor and event promoter, the European Tour and OneAsia, with a significant increase in the European Tour contingent this year, whilst OneAsia has introduced new, performance-based qualification criteria for the first time.

Commenting on the new OneAsia qualification criteria, Per Ericsson said, "Volvo and its professional golf portfolio revolve around quality and we are pleased that OneAsia has devised a performance-based qualification process that will ensure a high-class contingent from their allocation of places, whilst a 15% increase in European Tour participation is certain to ensure the highest quality field in the history of the Volvo China Open."

15 men from 11 different nations have won the Volvo China Open, a title that has never been successfully defended and like all authentic open championships, there are four qualifying opportunities, three in mainland China and a sole international pre-qualifier to be staged in Hong Kong.

Welcoming a new, multi-year deal with Volvo as title sponsor and promoter of the national open golf championship of China, Zhang Xiaoning, general secretary of the China Golf Association and Director of the Multi-ball Games Administrative Center of State Sport said, "In China, since 1995 we have already seen 15 successful versions of the Volvo China Open, now with golf's gaining the status as an Olympic sport, we are sure that the sport of golf will develop even further at all corners of the world."

"China Golf Association has enjoyed a long and fruitful relationship with Volvo and we welcome them in their new role as event promoter and title sponsor along with our partners at the European Tour and OneAsia; the Volvo China Open is a door for Chinese players and playing against the big names helps them know where they are going to go and how good they can be on their way to becoming professionals and champions."

Suzhou Jinji Lake International Golf Club in China's ‘Garden City' of Suzhou was designed by golfing legend Gary Player, nine-time ‘Major winner and one of the most respected golf course designers in the world, the 2010 Volvo China Open to be played over the Wetlands and Links segments of the 27-hole layout, the 7,326-yard, Par-72 layout certain to be worthy of one of the emerging open championships in global golf.

Commented Player, the most far-travelled sportsman in the world with over 15 million miles clocked up in a career spanning over half-a-century, "I am thrilled that Jinji Lake has been chosen for the upcoming Volvo China Open Championship [and] with a proper set-up, the players will be challenged.

"I have been travelling to and working in China for many, many years, the progress we've seen in golf there astounds me," added the man with 177 professional titles to his name, adding, "Wouldn't it be a great story is China created the next global champion."

1. The Volvo China Open was inaugurated in 1995 and became part of the European Tour International Schedule in 2004 with OneAsia co-sanctioning the event from 2009.

2. The European Tour allocation of places increases from 60 last year to 69 in 2010, with their normal categories of eligibility applying.

3. One-year-on from the launch of OneAsia at last year's Volvo China Open in Beijing, new performance-based qualification criteria for national open championships have been brought in by the fledgling organisation, as follows;

2. European Tour qualification criteria will be as per their normal arrangements.

4. The Volvo China Open is the property of the China Golf Association and is sponsored and    promoted by Volvo Event Management (Golf).

Keywords:
Special Interests, Sustainability
Descriptions and facts in this press material relate to Volvo Cars' international car range. Described features might be optional. Vehicle specifications may vary from one country to another and may be altered without prior notification.
Media Contacts
Related Releases 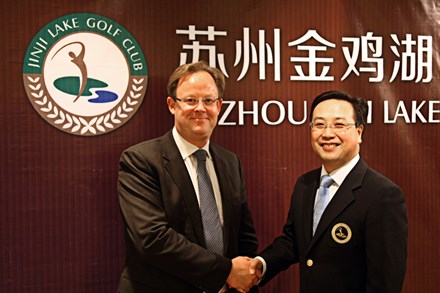 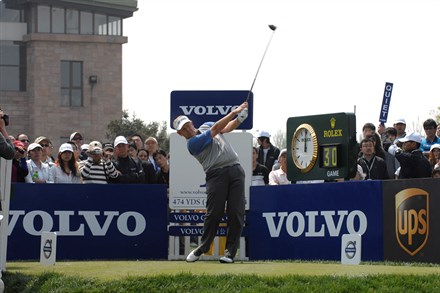