Volvo and Polestar goes all in for the STCC finals

- Aims for double win in both race heats

Volvo and Polestar Racing are in the heat of the battle for the STCC finale this weekend. Volvo driver Tommy Rustad is second, nine points behind Thed Björk, BMW. Polestar and Volvo are also third in the team championship, 15 points behind the leaders.

The Volvo team must deliver top results, but the capacity for that is there. There is no doubt that the bio ethanol Volvo C30 DRIVe-cars are the fastest in the STCC. Eight out of eight pole positions and seven wins in 16 heats so far.

"We will put our efforts to the maximum and we have both the cars and the drivers to make it. We will go for a double victory in both heats to win both the drivers and the team championship" says team manager Christian Dahl.

Another aim is to bring home the last remaining pole position. Robert Dahlgren has claimed seven and Tommy Rustad has claimed one. One more will make Volvo and Polestar Racing historic for taking all pole positions in one season.

"To take the pole positions and victories in heat one has been as important as the championship for us. One of the objectives with the C30 was to show that we can develop the world's best FIA Super 2000-car with our own local organization in Sweden. Regardless which driver lifts the cup on Saturday, we have been successful in this important task, says Derek Crabb, director of Motorsport at Volvo Car Corporation.

The Volvo team Polestar carried out the season's last shake-down at Volvos internal test track this Wednesday. Now the cars are loaded for the short transport to Mantorp Park. Volvo drivers Robert Dahlgren and Tommy Rustad are preparing for the last show of the year on Saturday 26th of September.

"It will for sure be very tough at Mantorp Park, and I will have to give everything and win both heats. But we have raced for victory every second and given everything we've got for our Volvo-fans the entire season. So there is really no change of tactics, we will do what we always do, just one more time" says Tommy Rustad.

* Actual points scored: 48. Ten points removed down to 38 as penalty.

Keywords:
Special Interests, Sponsorship
Descriptions and facts in this press material relate to Volvo Cars' international car range. Described features might be optional. Vehicle specifications may vary from one country to another and may be altered without prior notification.
Related Images
Sep 24, 2009 ID: 30812 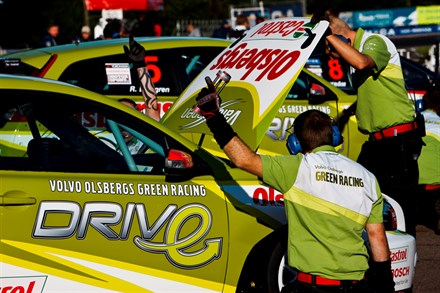 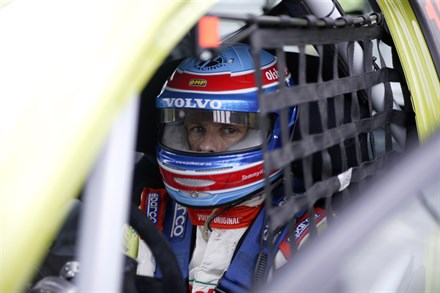