Volvo Cars reports sales of 47,150 cars in April, down 24.8 per cent compared with the same month last year.  Demand is still strong, especially for Volvo Cars’ electrified vehicles and the share of Recharge models as part of total sales continues to increase.

In April Volvo Cars electrified Recharge models grew 18.7 cent compared with the same month in 2021 accounting for 38.4 per cent of total sales. The share of fully electric cars stood at 10 per cent.

For the January-April period, Volvo Cars’ sales reached 195,445 cars, down 21.3 per cent compared with the same period last year.

As previously communicated at the end of the first quarter, Volvo Cars informed of a supplier shortage of a specific type of semi-conductor, which will impact production during the second quarter. The company considers this a temporary setback and expects the supply chain restraints related to semi-conductors to improve during the second half of the year.

European sales for April reached 19,822 cars, down 23.2 per cent compared with the same month last year. Volvo’s electrified Recharge sales accounted for 51.4 per cent of the total sales in the region during the month.

Volvo Cars’ US sales for the month reached 10,022 cars, down 9.2 per cent compared with April last year, with Recharge models making up 44.1 per cent of the total sales.

China sales declined 47.8 per cent in April to 8,579 cars compared to the same month last year.

Keywords:
Corporate News
Descriptions and facts in this press material relate to Volvo Cars' international car range. Described features might be optional. Vehicle specifications may vary from one country to another and may be altered without prior notification.
To view the full copyright information click here
Media Contacts
Related Images
Mar 04, 2022 ID: 295710 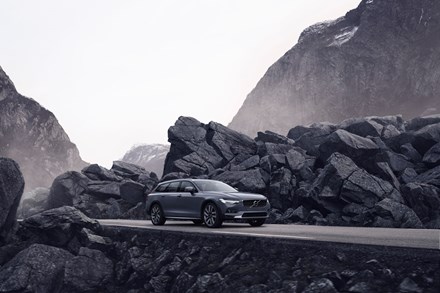